Goldman Sachs upgraded its rating on Nio stock to buy with a price target of $56 a share, representing a whopping 66% upside from the stock's Wednesday closing price. 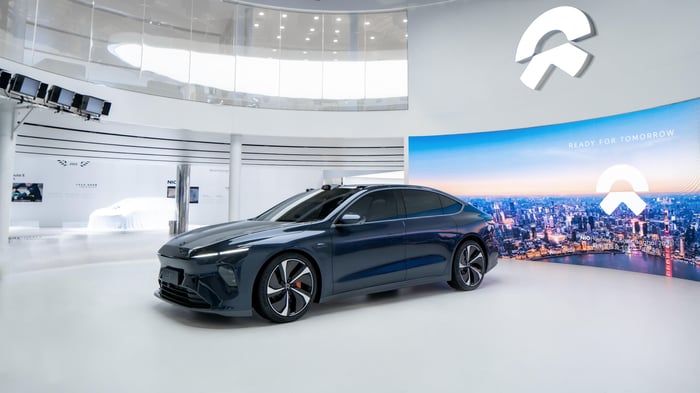 Goldman Sachs sees significant upside in Nio once it begins to deliver its flagship luxury electric sedan, the ET7, from early 2022 for four broad reasons:

Goldman Sachs also pointed out Nio's upcoming Nio Day 2021 in Suzhou, China; its entry into Norway, and accelerating BaaS build-out as other factors that should drive the stock higher.

Nio delivered a record number of vehicles (10,628) in the month of September, beating archrivals XPeng and LiAuto, and its total third-quarter sales doubled year over year to 24,439 vehicles. Also, Nio just announced it now has 517 power-swap stations across China, which allow users to get a fresh battery pack installed in just about five minutes. On Sept. 30, the company also officially entered Europe with deliveries of its SUV, the ES8, in Norway, with the BaaS option.

Given Nio's pace of growth and upcoming models, I second Goldman Sachs' bullish view on the stock and believe it is one of best EV stocks you can buy and hold for the next decade.