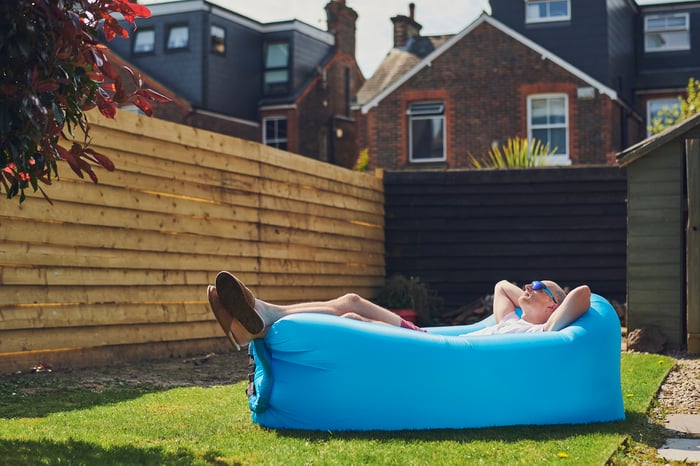 For investors who want to invest as far away from the U.S. as possible, Australia-based Atlassian (NASDAQ:TEAM) is a strong choice. The company's software allows teams to build products more efficiently through its collaboration and management tools. Its products lay a roadmap for a team's development journey, allowing members to plan, track, and work on projects more efficiently.

The company has attracted clients like Redfin, NASA, and more than 236,000 other customers. These customers seem to like Atlassian's products. A lot. In Atlassian's Q4, which ended June 30, 2021, 412 customers spent more than $500,000 with Atlassian, and 178 spent more than $1 million, growing 54% and 71% from the year-ago quarter, respectively. Customers increasing their spending on Atlassian shows the quality of its products, and as it produces more offerings -- it built five new ones in the recent quarter -- these happy customers could potentially spend even more.

Atlassian is not profitable -- it lost $213 million in its recent quarter -- but it is pumping out cash, generating free cash flow of $164 million in the same period.

While lack of bottom-line profitability is a risk, it is not the company's main risk. Atlassian faces intense competition in the team-collaboration software space -- namely from ServiceNow and monday.com. While Atlassian has been named an industry leader by Gartner's Magic Quadrant, it will always be fighting off competitors. Its shift to a subscription model has proved to be immensely successful, and its continuous innovation has been attracting users to spend more. As the company continues to innovate, it could become even more of a necessity for its customers.

Moving a little closer to the States, Israeli company Fiverr (NYSE:FVRR) is another great international pick. Fiverr is an online marketplace for companies looking for freelancers to perform services. For instance, if you are starting a company but are not skilled at drawing logos, you could go to Fiverr and hire a freelancer who could create whatever logo you want. Fiverr has been able to capitalize on the growing demand for freelancers during the COVID-19 pandemic, but even as the virus wanes, Fiverr continues to experience success.

In Q2 2021, the company grew its revenue 60% to $75.3 million from the year-ago quarter -- a quarter that had already benefited greatly from the pandemic. Its spending per buyer grew 23% to $226 per transaction, and its active buyers topped 4 million, representing 43% growth from the year-ago quarter. The company decreased its full-year 2021 revenue guidance from 59%-63% growth to 48%-52% growth year over year, but these lower rates are still nothing to shake a stick at.

The company is up against a tough competitor in Upwork (NASDAQ:UPWK), but Fiverr was able to come out of COVID-19 stronger: Over the past three years, Fiverr grew its revenue more than 260%, while Upwork increased its revenue by 84%, roughly one-third of Fiverr's growth. This success had fueled a higher valuation for Fiverr, which is valued at nearly 25 times sales while Upwork trades at just 15 times sales.

Some investors worry about Fiverr after COVID-19, saying that traffic will decline as the pandemic continues to wane. While traffic might slightly slow, the practices of working from home and grabbing freelance work have likely permeated business operations for the long haul. Many businesses have noticed the benefits to this new way of working -- like saving time and travel costs by using digital platforms such as Zoom for meetings -- and are accepting that it will likely never go away.

Fiverr has pushed its way to the front of the line. It has started running ahead of Upwork. Fiverr's network effects, as more freelancers join its platform, will make this trend even stronger in the coming years. Fiverr could help power the economy for decades, which is why it is my top international stock to buy today.