It can be tempting to look past established stocks that have already delivered lots of growth in favor of newer names with loads of potential. Although that might be a valid approach sometimes, you shouldn't underestimate great companies that still have tons of untapped potential.

Many current candidates for growth stocks are still winning, and I think Square (NYSE:SQ) is near the top of that list. 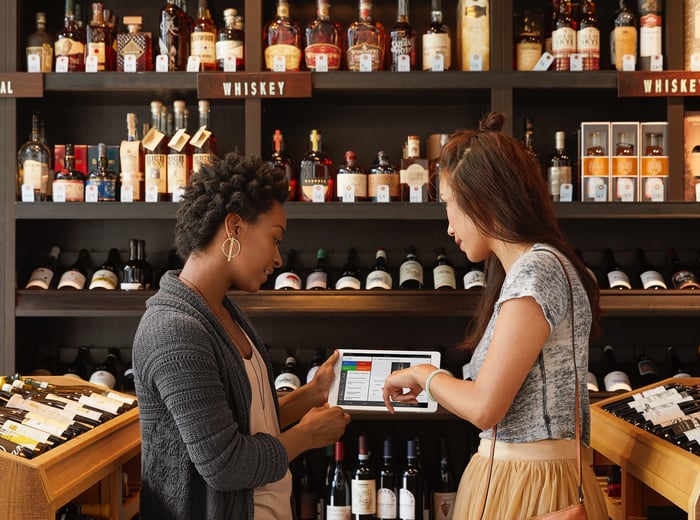 Square operates two businesses: One sells customizable, packaged payments solutions, mainly for small retailers. It's in many ways is similar to Shopify, which markets e-commerce packages for small, online businesses. The other is Cash App, a peer-to-peer mobile payments network that has evolved into a broader personal financial app.

The business for retailers was the original Square innovation, and it's still growing. But the major action is happening with the Cash App, which now offers banking, trading, and more. The company's goal is to get more money flowing into the app, which results in greater engagement and greater gross profit for Square.

In the second quarter, inflows per monthly active customers almost doubled, and gross profit per monthly transacting actives grew 150%. Square also started to provide relevant research about stocks to help customers make appropriate choices, and that resulted in a threefold increase in the amount of customers who held a stock in the second quarter versus 2020. As Square invests in these capabilities, revenue and gross profit per customer should expand.

The company made a show of support for Bitcoin when it purchased more than $200 million worth of the cryptocurrency between the fourth quarter of 2020 and and the first quarter of 2021, and it recently launched Bitcoin peer-to-peer payments. Square Chief Executive Officer Jack Dorsey reiterated in the second-quarter conference call, "Our primary focus is on Bitcoin, driven by our belief that Bitcoin has massive potential to level the playing field for all."

Since Square counts Bitcoin trading as revenue, the cryptocurrency also adds a sizable contribution to the company's overall figures. Total revenue increased 143% year over year in the second quarter to $4.68 billion, although without Bitcoin, that shrinks to an 87% increase and a $1.96 billion total -- less than half. That growth rate is impressive on its own, but there's no question that Bitcoin is playing an outsized role here. That creates an opportunity as Bitcoin becomes more popular, but it also means risk, because this area accounts for such a vast amount of growth. However, the company is still in good shape without it.

Square made more news when it announced in August that it's acquiring Australian buy now, pay later company Afterpay. (The deal is expected to close in the first quarter of calendar year 2022.) Buy now, pay later is making a splash in fintech, with competitor Affirm Holdings sealing deals with the top two e-commerce sites, Amazon and Shopify, while PayPal introduced its own buy now, pay later service last year. Square's Afterpay acquisition rounds out its own financial menu package, as Cash App competes with PayPal's newly souped-up app, which was introduced last month.

Most recently, Square teamed up with social media video company TikTok to allow users to open an integrated Square shop on their TikTok accounts and send viewers to purchase products from videos. This could be a nice push for Square's slower-growing payments business. But most notably, it's another sign that Square is innovating, pushing boundaries, and making moves to grow.

A stock that keeps rewarding shareholders

Square stock gained nearly 2,000% during the past five years. It's down 6% over the past month, amid broader market volatility. The shares trade at 98 times forward one-year earnings, which isn't cheap, but it's typical for this stock. Square has lots of potential, and now is a great time to buy.