The 2021 tech IPO's third-quarter report will be its fourth quarterly report as a public company.

Qualtrics International (XM -0.30%), which describes itself as "the leader and creator of the experience management (XM) category," is slated to report its third-quarter 2021 results after the market close on Wednesday, Oct. 20. An analyst conference call is scheduled to follow at 5 p.m. EDT.

Investors will probably be approaching the Utah-based software company's report with tempered optimism. Qualtrics, which held its initial public offering in late January, has beaten Wall Street's earnings estimates in all three of the quarters it's reported since going public. Moreover, year-over-year revenue growth has been solid: 36% and 38% in the first and second quarters, respectively.

The Qualtrics IPO represented a partial spinoff from parent company SAP (SAP -0.75%), the Germany-based software giant, which maintains a majority stake. Since its late January IPO at $30 per share, Qualtrics stock is up 46% through Friday, when it closed at $43.93. However, this statistic is somewhat misleading because the stock opened at $41.85 on the IPO day. In other words, investors who bought at the opening price on IPO day are up just 5% as of Friday.

Here's what to watch in Qualtrics' upcoming Q3 report. 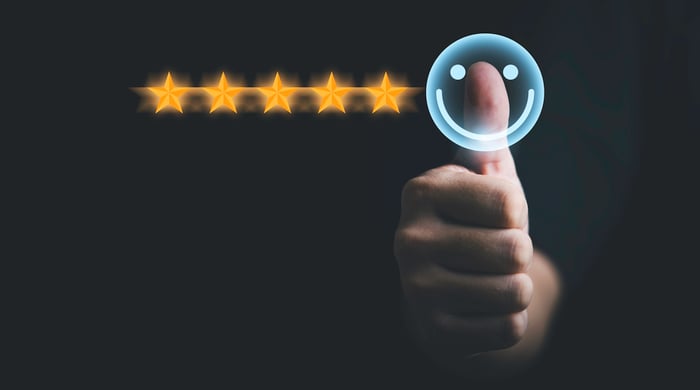 Qualtrics wasn't a publicly traded company in the year-ago period, so that period's numbers can't be presented in the table below, as is customary. Rather, last quarter's numbers are used.

The market looks ahead, so its reaction to Qualtrics' Wednesday earnings release will probably hinge more on guidance than on Q3 results.

Investors can expect that management will increase its full-year outlook to incorporate the expected contributions from Clarabridge in the fourth quarter. On Oct. 1, Qualtrics closed on its approximately $1.1 billion acquisition of Clarabridge, described in the press release as the leader in omnichannel conversational analytics.

Why Qualtrics Stock Was Socked by the Market Today
413%