This pair of tech stocks are poised for more growth.

The meteoric rise of the stock market over these past 18 months has been remarkable. From its low point in mid-March 2020 until today, the S&P 500 has doubled in value. And despite some undercurrents of worry -- supply chain issues, anyone? -- this bull market looks like it still has legs.

Case in point: Based on analysts' projections, the e-commerce powerhouse and the cybersecurity up-and-comer I'll discuss below both have the potential for significant share price gains in 2021 and beyond. 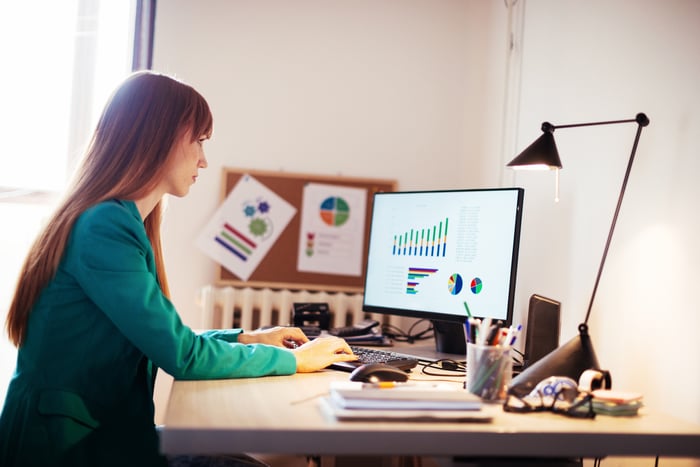 Let this sink in: Amazon (AMZN 2.10%), which is valued at almost $1.7 trillion and generated revenue of $367 billion in 2020, is still expected to grow sales at nearly 17% each year for the next five years. If it maintains that growth rate, it would only take one more year beyond that for the company to achieve $1 trillion in annual revenue.

Net income of $21 billion last year was nearly double what it was in 2019, and analysts expect it to grow four-fold over the next five years. Amazon has become an unstoppable juggernaut, and while its retail businesses remain its best known, they are not the only drivers of its growth.

As much as its e-commerce operations are the top online shopping destination in North America, its cloud computing arm, Amazon Web Services (AWS), is the undeniable leader in cloud infrastructure with the largest share of the market.

Based on its performances for the first six months of 2021, AWS is on pace to reach full-year revenues of more than $56 billion, up 33% from last year. It's the key generator of Amazon's operating cash income, despite only accounting for an eighth of total sales. It remains Amazon's most profitable segment, accounting for 59% of total earnings.

On top of this, eMarketer says Amazon will account for $4 of every $10 spent online in the U.S. this year. The combination of these factors and others is why Wall Street analysts have set a one-year average price target of $4,177 per share for Amazon -- more than 22% above where it trades today. That should earn the e-commerce giant a spot near the top of any list of growth stocks investors might be considering for purchase. 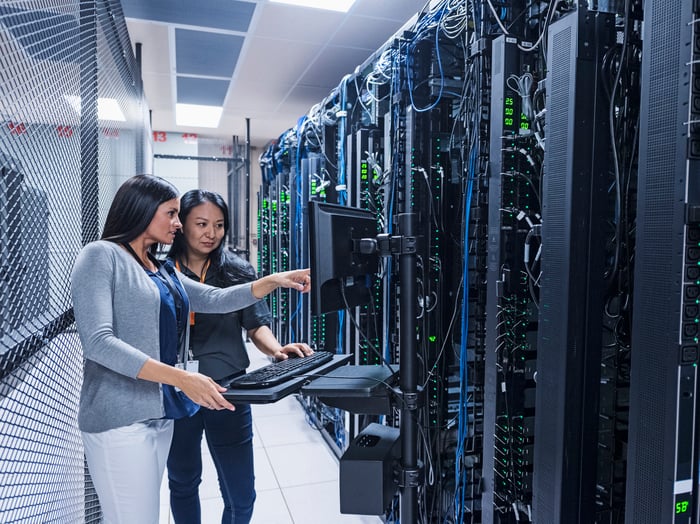 Industry professionals say 2021 could break some records as far as data breaches as concerned; through the third quarter of the year, more than 280 million people's data had been compromised. That's why Crowdstrike (CRWD 3.62%) is such an essential business, and also an excellent stock to consider adding to your portfolio.

Crowdstrike's technology uses sophisticated artificial intelligence, behavioral analysis, and machine learning to detect and thwart cybersecurity risks, processing trillions of events each and every week through its Falcon platform. More importantly, the more data it processes, the smarter and more effective that  platform gets, allowing it to recognize and respond to potential threats more quickly.

Its business is growing rapidly. Crowdstrike's subscriber base has expanded from 450 clients to over 13,000 in less than five years. And almost all of its customers renew their subscriptions.

Crowdstrike leans heavily on Falcon because the cloud-based cybersecurity solution is often more effective and cheaper to operate than on-premises security products.

Wall Street recognizes the potential of early-mover status in the cloud security space. Analysts have forecast that Crowdstrike's revenue will grow at a compound annual rate of 37% over the next several years, and expect that from an operating loss of $87 million last year, it will transition to a $977 million profit by 2026. Earnings per share are expected to grow by 73% annually over the next five years.

Hackers are like cockroaches in that, if you see one, there are probably hundreds more hiding nearby. It's an unfortunate fact of modern life that our personal and corporate information is so vulnerable to these bad actors, but that also means that cybersecurity companies like Crowdstrike will have a never-ending supply of customers in need of technological aid to safeguard that data.