There's more to the story than the healthcare giant's revenue and earnings numbers.

With a big earnings beat, you'd probably think that the healthcare stock would have risen on Tuesday after its quarterly update. And you'd be right. J&J's shares opened around 1% higher and picked up more momentum later in the day. The gain would have probably been greater except the company's Q3 revenue came in below the average analysts' estimate of $23.7 billion.

But there was more to the story for the healthcare giant than just the topline numbers. Here are three things you might have missed in Johnson & Johnson's Q3 results. 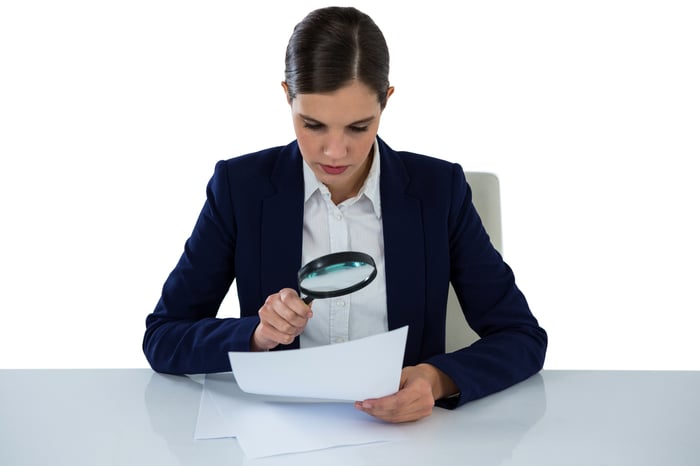 Many investors like Johnson & Johnson in large part because of its diversification. The company has three multibillion-dollar business segments targeting different areas of healthcare. These segments market hundreds of products. In 2020, J&J claimed 28 products or platforms that generated annual sales of more than $1 billion.

While Johnson & Johnson's business is highly diversified, its growth drivers in the third quarter weren't. Roughly 63% of the company's overall revenue growth came from only three products. These products generated nearly 90% of J&J's pharmaceutical sales growth.

Unsurprisingly, the first product on the list is the company's COVID-19 vaccine. It raked in $502 million in the third quarter compared to no revenue in the prior-year period.

J&J's third-biggest growth driver in Q3 was Stelara. The plaque psoriasis and psoriatic arthritis drug brought in $2.38 billion in sales in the quarter. This total reflected a 22.2% year-over-year increase from sales of $1.95 billion in the year-ago period.

Johnson & Johnson's COVID-19 vaccine obviously contributed significantly to the solid Q3 results. And it could make an even bigger splash going forward. J&J is likely to benefit quite a bit from booster sales (assuming it wins authorization for boosters, as expected). However, COVID-19 also continued to impact J&J's fortunes in a major way beyond the vaccine.

It wasn't all good news, though. Lockdowns in parts of the Asia-Pacific region hurt sales of K&J's baby care products. The company said that sales growth for cancer drug Imbruvica was held back in part due to COVID-19-related dynamics. In addition, J&J's orthopedic medical devices in its "spine, sports & other" category fell primarily due to the market impact of COVID-19.

3. Near an international tipping point

Although Johnson & Johnson is a U.S.-based company, it has also been a major competitor in global markets for much of its history. And now, the healthcare giant is near an international tipping point.

In the third quarter, J&J's U.S. sales rose 7.9% year over year to just under $12 billion. Its international sales jumped 13.8% to $11.4 billion. International markets now generate 48.7% of total revenue. At the current growth rates, more than half of Johnson & Johnson's revenue will come from outside the U.S. by this time next year.

Investors should view this as a net positive. Increased geographical diversification of revenue could make Johnson & Johnson even more stable than it already is.