In some ways, the streaming giant is just getting started.

Investors weren't put off by Netflix's (NFLX -1.21%) mixed earnings report last week, and Netflix stock ended the week at a year-to-date gain of 23%. Investors might be seeing more potential in the company's ability to evolve, and we've already seen Netflix demonstrate this when it went from being a DVD-rental website to a streaming company to a content creator.

The most impressive update in the earnings report was probably the beat on new subscribers, and that was due to the breakout hit Squid Game. That's great news, because it means that as Netflix develops more and better content, all of its metrics should improve. 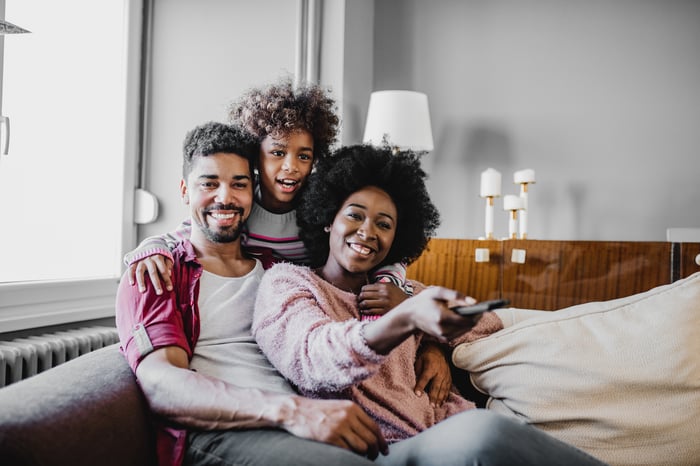 Squid Game is Netflix's most-watched show ever, bringing in 4.4 million net new paid subscriptions in the third quarter, double the number last year, when streaming exploded due to lockdown orders. That made up for the disappointing second-quarter numbers, when Netflix actually lost subscribers in the U.S.-Canada region.

That's a big positive for Netflix, not only because it grew revenue and posted record profits but because it gives the company a real way forward. Netflix has been creating its own programs since 2012, and now those shows are helping it stand out from what's become a crowded field. The COVID-19 streaming rush was a double-edged sword, because while Netflix benefited, several other networks have also launched their own sites, which could be affecting Netflix's churn. Being able to match content from major studios like Disney (NYSE: DIS) is key to capturing and keeping customers.

Netflix had problems with programming in the first and second quarters because of coronavirus-related production delays, but it said that it expects the fourth quarter to be its "strongest Q4 content offering yet." It might not have another Squid Game coming out (although maybe it does), but a strong, varied slate of offerings might be enough to entice new customers to the site and retain existing subscribers.

This should have a flywheel effect for the company, meaning new shows bring in new customers, they stick around for more, revenue increases, the bottom line grows, and Netflix gets more cash with which to pump out more content. That should keep investors happy, giving the company a runway toward more growth and higher stock gains.

Challenges for the streaming leader

That doesn't mean it's smooth sailing from here. Although Netflix doesn't break out its subscriber numbers by country, with 214 million subscriber households, it's likely that the U.S. market is nearing maturity. CFO Spencer Neumann said that Netflix has only 6% of screen time in the U.S. television market, but more screen time doesn't add revenue, since it's subscriber-based. Netflix estimates there are about 1 billion global households that use pay TV or broadband that the company can target.

Netflix recently made several important moves to add value to its content library and options, such as acquiring the Roald Dahl library and introducing gaming to its platform. Gaming in particular is a new area in which it can capture market share in a growing industry. It also announced a partnership to have a dedicated Netflix shop on Walmart's (NYSE: WMT) website. Branching out into new businesses can certainly boost revenue in noncore areas. But these would have to pick up a lot of slack from slowing subscription additions to demonstrate strong revenue growth.

Could its stock keep soaring?

It's clear that Netflix's high-growth stage is over. But that doesn't mean it can't meaningfully increase sales and offer investors high gains. It only recently became cash positive, and it's using its cash to fund new intellectual property development and other ways that create value for investors. The company's best bet, at this stage, is to keep pumping out quality programming that interests viewers, especially international viewers. It's making tremendous strides in that area, and as content pulls more people in, Netflix's stock could soar.