The stock has cooled off considerably after its big surge on Wednesday.

Shares of Ironnet (IRNT -0.05%) were tumbling one day after they spiked on a deal with Microsoft (MSFT 4.69%). Investors seem to have concluded that the cybersecurity stock ran a bit too hot Wednesday, when it surged by 59%. 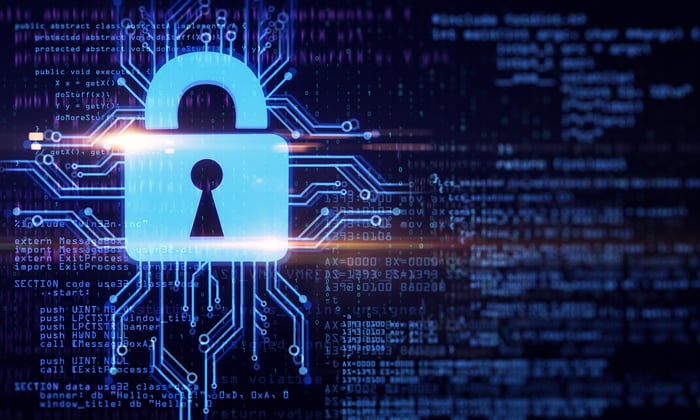 The news that sent Ironnet skyrocketing Wednesday was that it had joined Microsoft's Intelligent Security Association (MISA), a nomination-only program.

In a statement, Ironnet said the partnership demonstrates "IronNet's long-term commitment with Microsoft to deliver better security solutions to customers." Joining MISA will give Ironnet better access to Microsoft's customers, as the announcement is effectively an endorsement of its Collective Defense platform. Ironnet is integrated with Microsoft Azure Sentinel, the tech giant's security information event management tool.

MISA has more than 150 members, so it's not a particularly exclusive organization. However, joining it is a step in the right direction for Ironnet.

Ironnet's trading volume also soared Wednesday, with more than 76 million shares trading hands compared to a daily average of less than 7 million over the last three months. There was no news out on the company Thursday, but the sell-off suggests investors now view the rally as overdone. As of mid-afternoon Thursday, shares were only up by about 16% compared to where they had closed Tuesday, before the MISA news broke.

Investors seem to be struggling to put an appropriate valuation on this cybersecurity company, which went public through a SPAC in August. It soared in September, including a huge move following its second-quarter earnings report, before crashing back down to the $10 neighborhood. Cybersecurity stocks like CrowdStrike have been big winners on the market, and investors are hoping for a similar performance from Ironnet, but the company brought in just $6.1 million in revenue in Q2 and is deeply unprofitable. In short, this is a much smaller, and therefore riskier, business than CrowdStrike.

Teresa Kersten, an employee of LinkedIn, a Microsoft subsidiary, is a member of The Motley Fool's board of directors. Jeremy Bowman has no position in any of the stocks mentioned. The Motley Fool owns shares of and recommends CrowdStrike Holdings, Inc. and Microsoft. The Motley Fool has a disclosure policy.

Why IronNet Stock Was Down on Wednesday

Why IronNet Stock Is Dropping Today

Is This Beaten Down Cybersecurity Company A Coiled Spring?