Canadian cannabis company Hexo (HEXO) dropped more than 8% on Tuesday, continuing a recent trend. The stock is down more than 64% for the year and over the past month, it has fallen more than 28%. On Tuesday, the stock opened at $1.39, then fell to $1.29 in early trading, reaching its 52-week low.

Several factors are contributing to the stock's doldrums. On Friday, it released its fourth-quarter earnings and full-year earnings report, and while it reported full-year revenue of $123.5 million, up 53% year over year, the company lost $67.9 million in the quarter, compared to $20.7 million in the prior quarter. For the year, the company reported a loss of $113.6 million and an accumulated deficit of $773,993. 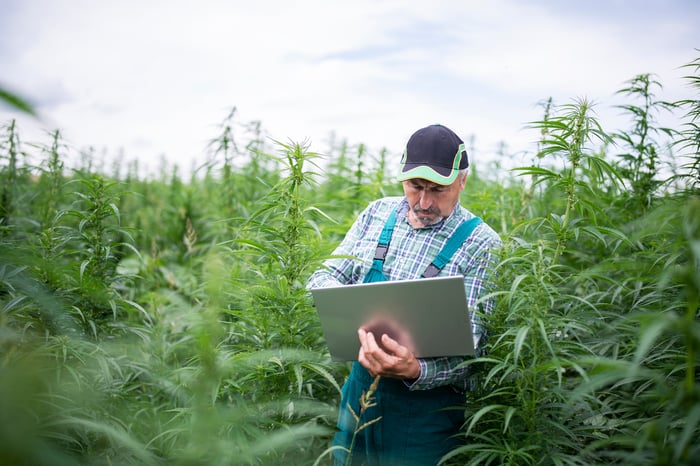 Of greater concern to investors was that management mentioned deep in the annual report that it will need an infusion of cash to continue operations through Oct. 29, 2022. The company added that under the terms of its $360 million Senior Secured Convertible Note, its lender has the option to require monthly redemptions, in cash or equity. But, in order to keep the right to settle the redemptions in cash or equity, the stock's daily average price per share must be above $1.50 and the stock has fallen below that. The company can ask for a waiver, but if the holder of the note doesn't agree, the monthly redemptions must be settled in cash.

Some investors may look at the stock's current price as a discount, considering its record of growth. However, having financial constraints is sure to weigh on the stock's price until the matter is settled. A drawdown of cash could hamper the company's expansion plans. In general, it has been a bumpy fall for marijuana stocks, so market sentiment may hurt Hexo's shares as well.

On the positive side, cannabis remains a strong growth area, with a compound annual growth rate of 26.7% through 2028, according to a report by Grand View Research.

The company's purchases of Redecan, Zenabis Global, and 48 North this year make Hexo the market leader in Canada and should expand its revenue greatly in the long term, but in the short term, the move is weighing on the company's precarious cash position.

Why Marijuana Stocks Like Sundial Growers Were Wilting Today
413%