Get paid to own some of the world's best technology companies.

Everyone loves to get paid for doing nothing, which makes dividends fun for investors. It's not a bad idea to invest in a company that makes so money that it opts to put some of it in your pocket -- simply for owning its stock. Dividends can be powerful when given time to compound, especially if the company keeps increasing its payout each year.

Technology companies can be great dividend stocks once they are beyond the hypergrowth days, when their businesses are mature and generating lots of cash. Here are three dividend stocks that fit the bill and are worth considering right now. 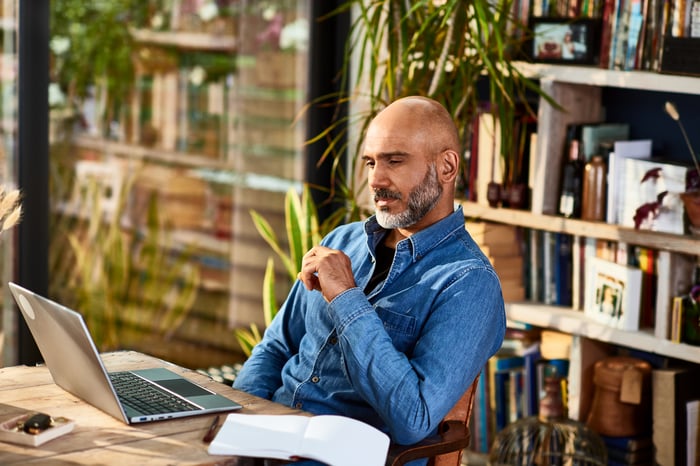 Entertainment is slowly becoming increasingly digital, and Comcast (CMCSA 2.85%) is well positioned to remain a vital part of this industry. It operates a conglomerate of media segments, including:

Viewership and advertising are moving steadily away from traditional cable television, but Comcast touches everything thanks to its broadband and communications business, live sports, and Peacock streaming service.

The company's 2021 second quarter saw it add 294,000 customers, its best second quarter on record, while generating $4.8 billion in free cash flow on $28.5 billion in revenue. Comcast has increased its dividend payout each of the past 14 years, and analysts estimate that the business will grow earnings at an average of 16% annually over the next three to five years, which should translate to a combination of share price appreciation and dividend growth for investors.

There are more than 30 million small businesses in the United States alone, so the market is huge for companies that can provide crucial services to help them run smoothly. Paychex (PAYX 2.46%) provides payroll, human resources, and employee-benefits outsourcing services to small and medium-size businesses.

These smaller companies are a great market segment because they don't have the financial resources to do these complicated processes in-house; it's much easier and less expensive to pay a company like Paychex to do it for them. The company has more than 710,000 customers.

Its fiscal 2022 first-quarter earnings showed 16% revenue growth year over year, and 41% growth in earnings per share as the company rebounded from the pandemic when unemployment surged. With the business rebounding, Paychex should remain a strong dividend stock. It's raised its payout for the past 11 years, maintaining the dividend despite the pandemic.

Analysts are looking for average earnings growth of 7% to 8% annually over the next three to five years, so investors should be able to expect the company to continue being a steady, consistent dividend stock.

Video gaming is now a larger industry than movies and North American sports combined, and Activision Blizzard (ATVI 0.54%) is a prominent game developer with popular franchises like Call of Duty, Candy Crush, World of Warcraft, Overwatch, and more.

As of its 2021 second quarter, it has 408 million monthly active users across all of its games. Gaming saw a 20% jump in spending to $175 billion from 2019 to 2020, a result of more time at home during the pandemic, as well as new console launches for PlayStation and Xbox.

Activision benefited from this, growing its revenue in 2020 to just over $8 billion, a 23% increase over 2019. Some companies that saw pandemic revenue spikes in 2020 have stagnated in 2021, but Activision has continued to grow. Revenue in the 2021 second quarter was $2.3 billion, a 15% year-over-year bump.

Strong operating momentum could help earnings growth, which analysts believe will average 15% to 16% annually over the next three to five years. The company is an established dividend stock that has raised the payout over the past 12 years, and continued earnings growth should help fuel the dividend.

In the short term, investors will want to monitor the company's current legal situation, with lawsuits against the company over allegations of workplace harassment. It may have to settle these suits, but the business does have nearly $10 billion in cash and investments on its balance sheet to guide it through the tumult.