Investors don't like what the energy solutions company sees ahead.

Shares of NRG Energy (NRG -0.63%) tumbled by 11.1% on Thursday after the energy solutions company delivered its third-quarter results.

NRG Energy faced several headwinds during the third quarter. Because of that, its revenue only grew slightly year over year despite its recent acquisition of District Energy. Overall, adjusted earnings before taxes, interest, depreciation, and amortization (EBITDA) came in at $767 million, up from $752 million in the year-ago period. 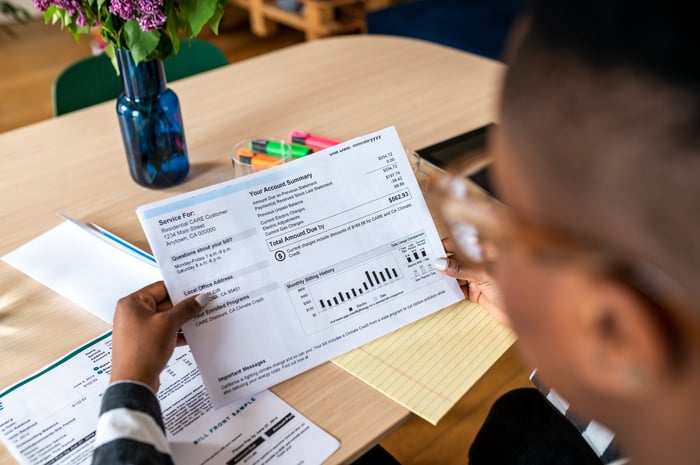 However, adjusted EBITDA declined by $68 million in Texas due to increased costs to service retail customers because of higher power and fuel costs and an extended outage at its Limestone facility. Meanwhile, earnings from its West/services/other operations were $6 million below last year's total due to the sale of Agua Caliente and higher payments in the year-ago period. Finally, even though earnings in the East improved by $89 million year over year thanks to the Direct Energy acquisition, lower retail volumes and higher supply costs impacted that region.

Because of these factors, NRG Energy cut the top end of its 2021 adjusted EBITDA guidance range by $100 million. It now expects that metric to be between $2.4 billion and $2.5 billion. Meanwhile, NRG also provided its initial guidance for 2022, projecting that adjusted EBITDA will decline to a range of $1.95 billion to $2.25 billion. On a more positive note, NRG increased its annual dividend payment for 2022 by 8% from $1.30 to $1.40 per share.

NRG noted that supply chain issues impacted its results. Because of that, its near-term focus is on mitigating those impacts. Longer term, the company intends to continue improving its balance sheet, with a goal of growing into its target investment grade metrics of 2.5 to 2.75 times debt-to-EBITDA by 2023 as it benefits from Direct Energy's full earnings potential.

This Energy Dividend Stock Is Deploying Profits... to Buy a Smart Home Company?