Management hiked its outlook after a strong quarter for the business.

Sales increased by 38% year over year in Q3, an acceleration over the prior quarter's 34% boost. JFrog noted strength across several key growth metrics, including average contract renewal size, recurring revenue, and the size of the customer base. 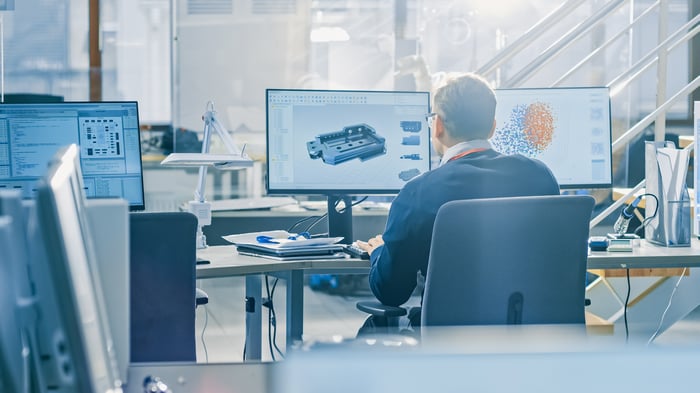 JFrog continued to post net losses on a GAAP basis, though, and cash flow remained in negative territory.

Nonetheless, investors were happy to hear that executives expect the sales momentum to continue through the close of the current year. Sales are on pace to land between $205 million and $206 million in 2021, management said, up from the prior forecast range of $202 million to $205 million.

The earnings picture brightened a bit, too. The company now expects to book an operating profit on a non-GAAP basis; previously it was predicting non-GAAP losses of as much as $5 million. Combined with the improved growth outlook, this update means JFrog shareholders can reasonably expect better operating trends at least through the start of 2022.

Considering that the stock has trailed the market so far this year, it's understandable that its good report was enough to push shares significantly higher on Friday.

The 5 Most Impressive Numbers From JFrog's Q4 Report
397%