Shares of Signify Health (NYSE:SGFY), a healthcare platform company, are on the move in after the company reported highly positive third-quarter earnings results. Investors impressed with growth on the top and bottom lines pushed the stock 16% higher as of 12:40 p.m. EST on Wednesday. 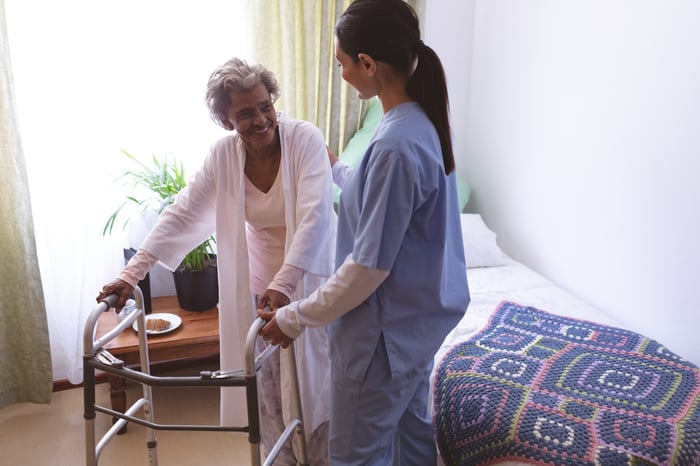 On the bottom line, net income rose to a positive $29.3 million from a loss of $13.3 million in the previous-year period. The company even raised its outlook for total revenue from between $745 million and $765 million to somewhere between $755 million and $770 million.

Signify Health also raised estimates for earnings before interest, taxes, depreciation, and amortization (EBITDA) from between $155 million and $165 million to between $160 million and $170 million. The company also expects to facilitate more than 1.8 million in-home evaluations this year.

Medicare Advantage and other government-run plans are increasingly likely to pay hospitals a set price for specific episodes of care, such as a knee replacement or a heart attack. This means hospitals have a lot more financial incentive to monitor patients after they're discharged to ensure they don't need to return. Today's stellar earnings report probably won't be the last one we see from this company.