Shares of the beauty company fell on the sudden departure of its CEO.

Shares of The Beauty Health Company (SKIN -1.53%) took a dive today after it posted a solid third-quarter earnings report but announced the surprise resignation of its CEO Clint Carnell. The resignation comes shortly after the company went public through a special purpose acquisition company (SPAC). 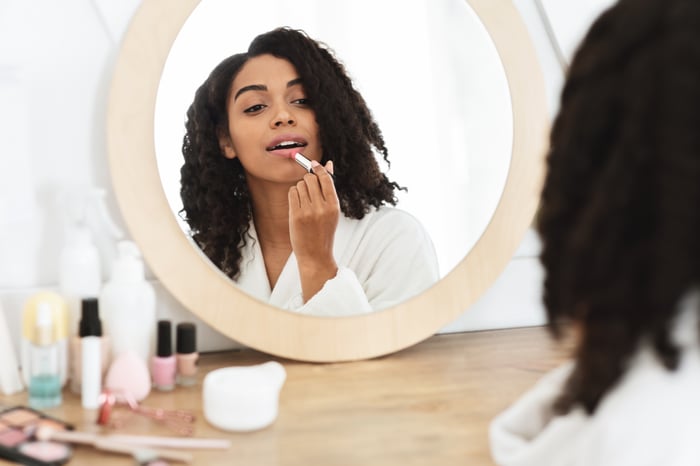 BeautyHealth, as the company is also called, posted strong growth in the quarter with revenue nearly doubling to $68.1 million, which easily beat estimates at $57 million.

Like most cosmetics stocks, BeautyHealth, previously known as HydraFacial, benefited from a tailwind in the pandemic recovery. The company saw sizable gains in both of its segments with delivery-systems sales up 128% to $36.9 million and consumables sales up 72% to $31.2 million. Delivery systems refer to the devices the company sells to spas and beauty professionals like estheticians and dermatologists. Consumables are creams and other skin-care products available for consumers to purchase.

On the bottom line, the company reported an adjusted earnings before interest, taxes, depreciation, and amortization (EBITDA) of $5.8 million and adjusted net income of $2.5 million.

We are very pleased with our results this quarter, as well as the strength of our year-to-date performance. Our sales and adjusted EBITDA continued to exceed our expectations and delivered new record results, while we continued to lead through macro challenges and select market closures related to the Delta variant surge.

What really seemed to spook investors was the sudden resignation of CEO Clint Carnell. In a press release, the company said that Carnell would be stepping down as CEO and from the board of directors at the end of the year. Saunders will take over as interim CEO in the new year until a successor is named.

No reason was given for Carnell's departure. The company said only that the transition was not related to the "company's financial condition, reported financial results, internal controls or disclosure controls and procedures."

Carnell could be leaving for any number of reasons, including personal ones, and it's difficult to speculate about the reasoning behind the decision.

Investors often balk at such an announcement, especially when it's so sudden, but BeautyHealth raised its full-year guidance to $245 million to $255 million, up from a previous range of $230 to $240 million, showing the business is on solid ground.

Given the execution in the business, there's no direct reason to sell the stock, but investors will want to keep an eye on the CEO search.

This High-Growth, Under-the-Radar Stock Has 80% Upside, According to Wall Street

Why Shares of Beauty Health, The RealReal, and Warby Parker Were Down Today
420%