There are many reasons why you shouldn't worry -- and even a reason to rejoice.

But here's the good news: You can coexist with them. You can grow wealthy or wealthier despite them. You just need to have some information under your belt. Here are five reasons not to worry about a stock market crash. 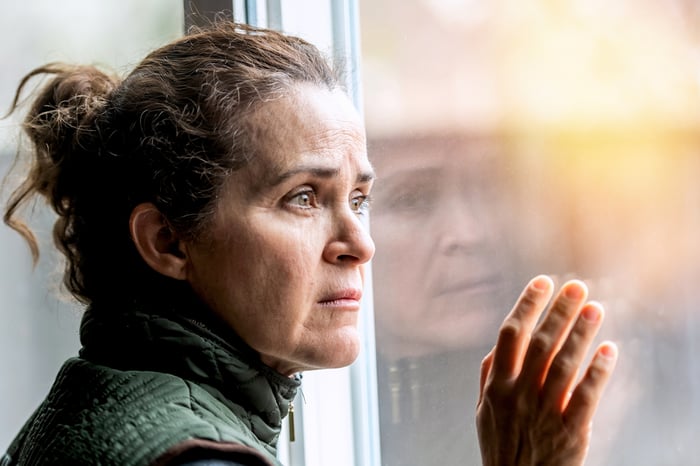 1. You're a long-term investor

For starters, if you've spent much time around The Motley Fool, you've probably heard us urge investors to keep any short-term cash out of the stock market. Only invest money you won't need for at least five years (and perhaps 10, to be more conservative). That's because market downturns happen, and you don't want one happening right before you were going to sell in order to have money for a down payment or college tuition.

So assuming you're a long-term investor, you shouldn't be needing to sell any holdings anytime soon, so a market crash shouldn't worry you.

2. The next crash might not be around the corner

Next, don't spend too much time worrying about a stock market correction or crash happening, because it might not happen anytime soon. Check out the table below of annual returns of the S&P 500 index of around 500 of America's biggest companies:

Imagine that it's the end of 2008, and your portfolio is smarting from one of the biggest single-year losses the S&P 500 has experienced. You may expect the market to recover in 2009, but you probably wouldn't have expected a gain of more than 26%! Then 2010 was also an up year, and 2011 again posted a gain, albeit a small one. It might be reasonable to expect a down year next, right?

The lesson is that though, on average, market corrections (drops of at least 10%) happen around every two years, they can occur when least expected, and it's hard to guess when they will happen. 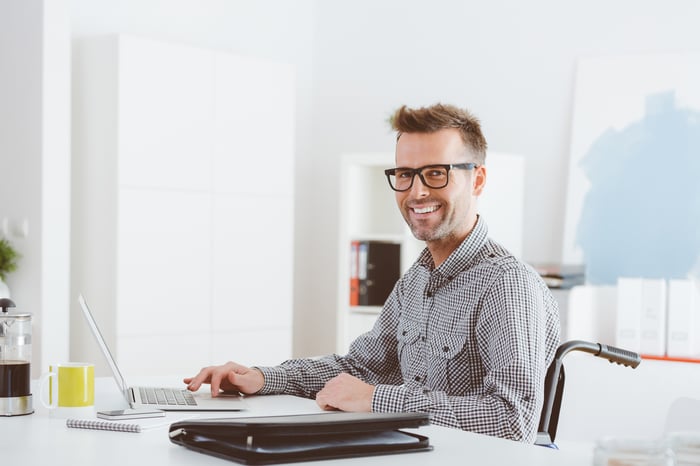 3. Crashes are followed by recoveries

It's perhaps obvious, but it's worth remembering that every single stock market crash or correction has been followed by a recovery. Some bear markets can last multiple years, but most corrections haven't ushered prolonged ones.

Per a research report from Schwab, "Since 1974, the S&P 500 has risen an average of more than 8% one month after a market correction bottom and more than 24% one year later."

Warren Buffett has explained best why we long-term investors should actually be happy about crashes in his 1997 letter to shareholders:

A short quiz: If you plan to eat hamburgers throughout your life and are not a cattle producer, should you wish for higher or lower prices for beef? Likewise, if you are going to buy a car from time to time but are not an auto manufacturer, should you prefer higher or lower car prices? These questions, of course, answer themselves.

But now for the final exam: If you expect to be a net saver during the next five years, should you hope for a higher or lower stock market during that period? Many investors get this one wrong. Even though they are going to be net buyers of stocks for many years to come, they are elated when stock prices rise and depressed when they fall. In effect, they rejoice because prices have risen for the "hamburgers" they will soon be buying. This reaction makes no sense. Only those who will be sellers of equities in the near future should be happy at seeing stocks rise. Prospective purchasers should much prefer sinking prices.

Finally, a last reason not to worry about stock market crashes is that paper losses don't hurt. If your shares of stock that were once worth $100 apiece are suddenly worth just $75, you haven't lost any money if you haven't sold the shares. You have what's referred to as a "paper loss" -- it's just a loss on paper, not in reality. Long-term investors are likely aiming to hang on to their shares for a long time, so as long as they don't sell, they won't realize any loss.

So don't earn any more grey hairs worrying about the next stock market crash. It's definitely coming, but it may not come until 2022, or it might come tomorrow. And after it comes, there will, eventually, be a recovery. And in between are some great buying opportunities.