PubMatic has been doubted, but this quarter proved its immense success.

After the sell-side adtech company PubMatic (PUBM 0.53%) beat analyst expectations for both revenue and earnings during its third-quarter earnings report, shares shot up over 20% the next day. After this under-the-radar ad-selling company jumped, however, some investors are wondering if they missed the boat.

The simple answer is that nobody has missed out yet. Going into earnings, shares were over 50% off their all-time highs, and this company was valued at just eight times sales. PubMatic has been under the radar for some time, but this quarter brought it into the light. While the company shot up, there is still plenty of room to get in on this fast-growing company. 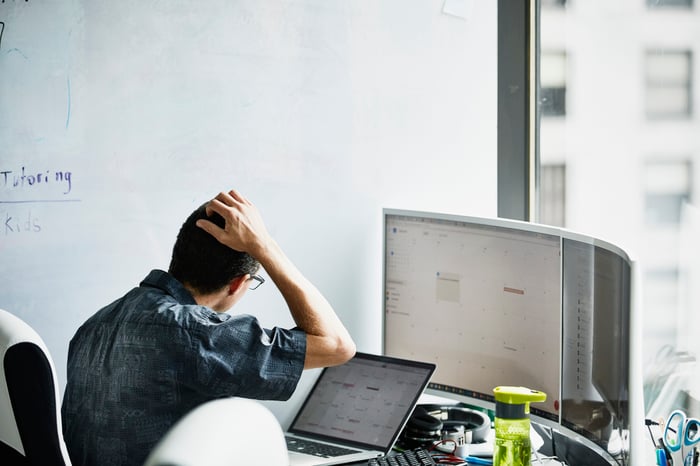 PubMatic helps publishers find advertisers looking to buy ad space. Publishers want to sell their ad space for the best bang for their buck while making sure their consumers will still be happy with the experience they provide, and PubMatic helps publishers achieve this balance. This doesn't come without effort, however: PubMatic faces steep competition from the sell-side market leader, Magnite (MGNI 1.40%).

While Magnite is the market leader, PubMatic has a technological edge over Magnite: PubMatic controls its own technology stack. Compared to Magnite or other competitors that have their data with third-party providers, PubMatic keeps all of its data in-house on its self-built infrastructure. This allows it to have rock-bottom technology expenses, which result in profitability -- something that is unheard of for a company at its size and growth rates.

Despite intense competition from Magnite, PubMatic reported stellar earnings. The company reported 54% Q3 revenue growth to $58 million from the year-ago quarter and net income growth of 118% to $13.5 million -- both crushing estimates. The company reported a net revenue retention figure of 157% compared to the year-ago quarter's retention rate of just 110%, showing that PubMatic is effectively decreasing churn and increasing spending per customer.

Because of CTV's rising importance, it is key that PubMatic sees success in this area today -- and it certainly did so in the third quarter. CTV revenue growth jumped over seven times year over year, and the company reached 154 CTV publishers -- a target platform count that grew 25% year over year. Overall, over 60,000 advertisers placed ads on PubMatic's publishers' spaces.

While there weren't many negative points in PubMatic's third-quarter earnings, the company does carry plenty of risks. The primary risk is an industrywide risk: The risk of regulations from Alphabet's Google and Apple, both of which have made plans to get rid of cookies -- an important data source on consumers for adtech companies.

Without cookies, adtech companies could potentially have less information on consumers, making their services less valuable to advertisers and publishers. However, in PubMatic's Q3, the company noted that over 66% of its revenue came from customers that used alternate, cookie-less identifiers for targeted ads. This shows that PubMatic is not as reliant on cookies as competitors such as Magnite might be.

The other primary risk is that the adtech space is very crowded. Going up against Magnite is no easy task, and it will be difficult to usurp publishers away from Magnite. PubMatic does have competitive advantages over Magnite -- mainly its tech stack, which allows the company to generate impressive profits that it can use for business growth. Nonetheless, PubMatic has a steep hill to climb, and until it becomes the sell-side leader, this will always remain a risk.

Because of the company's competitive advantages, its massive success in the CTV market, and its organic growth, I think that PubMatic is structurally better than Magnite, and I think it will only be a matter of time before it overtakes Magnite as the market leader. This quarter only backs up this theory, and even though the stock skyrocketed after its earnings, there is plenty of growth ahead of this business. I think that buying at these prices still provides a great opportunity for strong, market-beating returns over the next five years.

Pubmatic Stock Could Be About to Take Off
405%