The lithium stock continues to face the heat from a short-seller.

Standard Lithium (SLI -2.46%) continued its rocky ride, crashing on Monday after a choppy last week. As of 2:30 p.m. ET Nov. 22, Standard Lithium stock was trading down 10% as the spat between the company and a short-seller got even uglier.

On Nov. 18, Blue Orca announced it was short Standard Lithium stock and went on to release a short-seller report containing some nerve-wracking points against the company.

Standard Lithium was quick to respond and refuted most of Blue Orca's claims the very next day, helping the lithium stock rebound after its sharp drop following Blue Orca's report.

Blue Orca is back at it again: Through a series of tweets on Nov. 22, it claimed Standard Lithium not only failed to address the firm's investment thesis in its response but also contradicted its own previous disclosures. 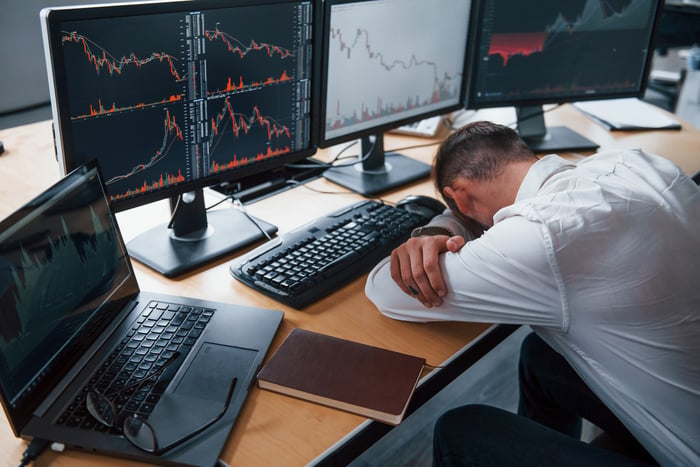 For example, in response to Blue Orca's claims that Standard Lithium's regulatory filings with the Arkansas Oil and Gas Commission (AOGC) revealed only a fraction of its claimed recovery rate of 90% at its demonstration plant in south Arkansas, Standard Lithium said it reported only the volumes stored at site, as per AOGC requirements, and not necessarily the volumes it recovered.

Moreover, Standard Lithium said it only reported the stored portion but was continuously sending lithium chloride solution for reinjection into the brine formation. Again, Blue Orca rebuffed the claim:

3/ The AOGC permit, which any investor can review, plainly requires the reporting of output of lithium chloride and carbonate in a separate category 2(c) from the volumes stored onsite 2(e). The data we used 2(c) is plainly labelled as the output data. pic.twitter.com/COVdBoQWtY

Blue Orca also questioned Standard Lithium's silence on a couple of other points it raised in its report, including the reasons its demonstration plant was operating below nameplate capacity despite Standard Lithium's claim to have produced large volumes of lithium, and why it claimed to have reached proof-of-concept when a key partner, Germany-based Lanxess, hinted otherwise.

There's some merit in Blue Orca's arguments, especially the last point, as I also recently pointed out. Hitting proof-of-concept would pave the way for Standard Lithium to raise funds from Lanxess to construct its first commercial plant. But while Standard Lithium claimed to have completed proof-of-concept in December 2020, Lanxess stated during its earnings call in August 2021 that it will inject money only once the proof-of-concept from its perspective "is fully there in all aspects."

So how far has Standard Lithium actually come in the research and testing of its brine-to-lithium technology, and more importantly, when can it prove its commercial viability?

Unless Standard Lithium can come up with a clearer picture of its business potential to persuade investors, the stock could remain volatile, especially when investors have the option to look at other lithium stocks already exploiting opportunities in the EV industry to full potential.

Neha Chamaria has no position in any of the stocks mentioned. The Motley Fool has a disclosure policy.