The future of what could be a decentralized internet could be here with Holo and the Holochain.

Cryptocurrency blockchains are rarely surprising, but sometimes a new kid on the block changes everything. Holo (HOT -0.40%) is one such potential cryptocurrency.

Based on the Holochain, Holo is a relatively new project that seeks to create a peer-to-peer network that hosts decentralized applications. In the last month alone, the native ERC-20 token (which is on the Ethereum blockchain) has appreciated more than 30%, as of last Friday's close.

Holo may be a great long-term hold for investors given how early we are in the rise of decentralized applications (dApps). Here are three reasons why investors may want to take a deeper look at Holo and the Holochain. 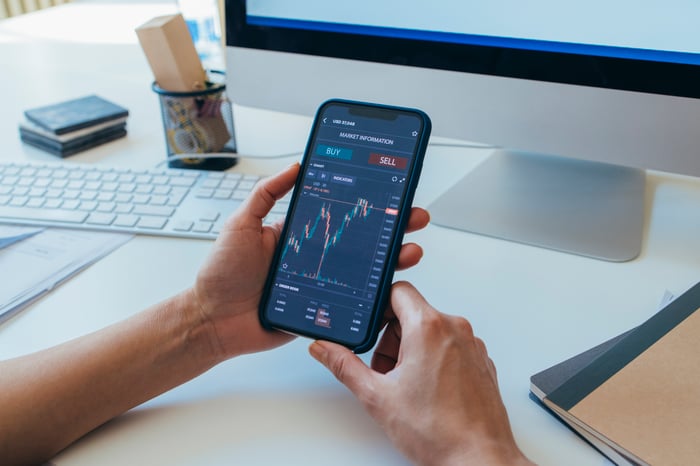 1. Holochain is an eco-aware peer-to-peer network

It's clear that the world is more keenly aware of the environmental impacts of our energy consumption. In the crypto world, being an environmentally friendly option certainly is a bonus.

A tremendous amount of energy is used to power traditional proof-of-work blockchains such as that of Bitcoin. Indeed, when blockchain networks start using more power than small countries, environmentally conscious investors are right to stand up. With all that's been going on lately via the COP26 meetings, this issue is higher-profile right now.

Holochain looks to provide an alternative to this existing model. The holochain network seeks to create what's essentially a distributed internet running dApps. On the Holochain network, these are aptly named hApps.

Holochain uses distributed hash tables, which is very different from the current consensus mechanisms of most networks. This means that there's essentially no consensus algorithm. Accordingly, the energy intensity to validate transactions on this network is extremely low. A very small amount of processing power and electricity are used in the end-to-end process. Reportedly, nodes on the Holochain can even operate on mobile devices.

As the world continues to move toward a world with minimal emissions, Holochain may continue to rise in popularity.

On most blockchains, a global ledger is kept up to date via an army of miners or stakers. These nodes effectively validate transactions, and ensure the ledger is correct at all times.

However, Holochain has become popular for its distributed hash table approach to validation. Accordingly, many have called Holochain an "agent-centric" network.

What does agent-centric mean?

Well, essentially each agent (or node) keeps a private fork that is stored on a distributed hash table. Individual nodes can simply approve or confirm transactions. Global consensus is not required. Holochain is thus able to process transactions faster and more cost-efficiently than most blockchains using this approach.

Eventually, plans are for the Holochain network to transition toward "sharding" over time. Sharding is the ability of the blockchain to essentially be broken up into smaller pieces, or shards, with a dedicated number of nodes associated with each shard. By doing so, the network can scale at light speed. While few blockchains have successfully implemented sharding thus far, the direction Holochain is headed is certainly intriguing.

Thus, Holochain is not only currently an agent-centric network, but this could be one of the most scalable networks out there, should the network successfully implement sharding at some point in the future.

3. Holochain has not launched its beta phase

The project is still early in its development roadmap, so there are major barriers to overcome. Thus investors are taking a leap of faith with HOT, the native token of the Holochain network, to some degree.

A tremendous opportunity exists to get into a project on the ground level before it takes off, but after it has proven its concept. Accordingly, investors have seen many initial coin offerings be fly-by-nighters. But this project has stood the test of time.

When Beta launches, HOT and HoloFuel will be a top token. Additionally, as the network grows, investors hope capital flows into this token will accelerate. Accordingly, the Holochain certainly looks like a compelling place to invest right now.

The inherent volatility and risk of cryptocurrency investing goes without saying. For earlier-stage projects such as Holochain, this risk is amplified.

Holochain is currently in its very early stages of development, and still may be considered a pre-beta technology. However, an initial deep dive into the innovation this network could provide allows for some relatively compelling reasons to own the HOT token right now.

More conservative investors may want to wait and see how the Beta launch goes before diving in. More aggressive investors may consider now to be a great time to invest. Wherever on the spectrum you may lie, this is certainly a project to keep on your radar from here.