For cryptocurrency investors, the search for meaningful utility is always on. Finding the next cryptocurrency network with the disruptive ability to innovate in hyper-growth sectors of the economy is the goal.

However, breaking into certain segments of the tech economy can be difficult. Big Tech seems to control everything these days, and cloud storage is no exception. Companies dominating the cloud storage space include major players such as Google, Amazon, and Microsoft.

However, there's one upstart decentralized network seeking to take a slice of this growing pie. The Sia network, powered by Siacoin (CRYPTO:SC), is a unique offering in this oligopolistic space.

Let's dive into three reasons why Siacoin could be a great long-term investment for those seeking disruptive blockchain technologies today. 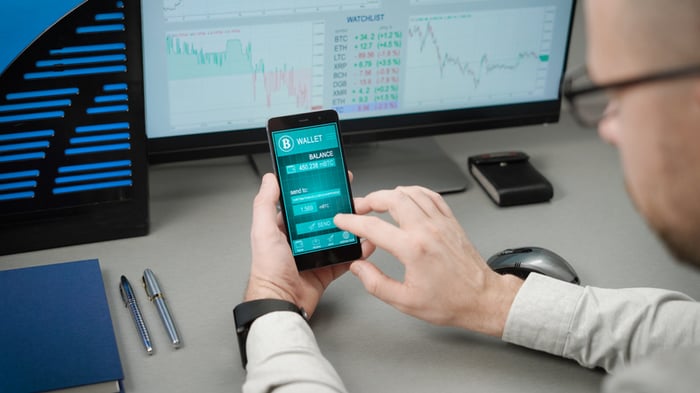 Running large numbers of connected servers isn't cheap. Accordingly, cloud-storage companies are increasingly being forced to increase prices to meet these costs. Inflation is real, and companies in many cases don't have a choice but to pass on costs to the consumer. For example, Microsoft Azure charges $18 per month for 1 terabyte (TB, or 1,000 gigabytes) of storage.

The Sia network, on the other hand, charges less than $4.50 for the same service. This is a rather significant price difference and could be meaningful for companies requiring cloud-storage services at scale.

If anything, the secular trends underpinning growth in cloud storage are only likely to accelerate over time. Undoubtedly, the pandemic helped accelerate cloud adoption to some degree. However, there are certainly reasons for investors to have a very positive outlook for cloud-storage providers in the years and decades to come.

The Sia network's current cost advantage could be viewed positively in this light. As adoption picks up across the network, expectations are that Siacoin's value should appreciate, as well.

The Sia network is the premier peer-to-peer cloud-storage solution in cryptocurrency today. This blockchain-based provider offers a solution that anyone can be a part of.

Decentralization is the name of the game in the cryptocurrency world. However, most of the focus in this space right now is on decentralized transactions. For cloud-storage providers, there are other advantages of being decentralized, peer-to-peer solutions.

Security is one of the key drivers of the Sia network's allure in this regard. However, the nuts and bolts of how this network operates are intriguing from this perspective.

In order for a cloud-storage provider to join the network, a certain amount of Siacoin must be locked into a contract. These contracts are cryptographically enforced in the blockchain, simplifying the process for users and providing collateral to ensure both parties will be satisfied with the arrangement.

Both the user (renter) and host put some amount of Siacoin into the contract. If the host fails to perform its duties or loses the client's data, the user is compensated in Siacoin. Additionally, since the renter pays upfront, the host is guaranteed to get their money from the transaction. It's a win-win.

As a cloud-storage intermediary, the Sia network's security protocols are of utmost importance to those looking at this service. In this regard, there's a lot to like about how the Sia network has chosen to think about a security-first approach.

There are a few security advantages the Sia network has relative to traditional cloud storage providers. Perhaps the most obvious is the fact that the Sia network is decentralized. Since there's no central server to attack, a hacker would be required to carry out multiple attacks on various servers simultaneously in order to significantly disrupt the system. That's an obvious plus for those concerned about potential cloud-server hacks.

Additionally, the hosts are anonymous, and the level of encryption and data-transfer security appears to be among the best in class right now. Anonymity is ensured. Since the owners of the files are the only ones with private keys to access the data, no one other than the owner is able to access the files.

Finally, the Sia network uses redundancy, splitting files across many computers. This means that even if some of the nodes operating the network are offline for any reason, the renter will be able to access their files at any time.

One of the drawbacks of many cryptocurrencies is that they power networks with no real utility outside of storing or transferring money. Other cryptocurrencies such as Siacoin support powerful utility-generating functionality in the real world. That can be both a good and bad thing.

Obviously, Siacoin's value as the currency used on the Sia network is dependent upon this network continuing to grow. Unfortunately, there aren't as many catalysts for Siacoin as there are for a cryptocurrency like Ethereum, for example, where an enormous network of projects utilizing smart contracts and tokens are built on top of it. This multipurpose functionality is what drove Ethereum to the heights it has reached. Siacoin's growth may not be as explosive.

There are other risks with Siacoin, as well. In 2019, the developers behind Siacoin were ordered to pay $250,000 for alleged securities fraud for offering an unregistered security. Although the SEC has chosen to take no further action against the Sia network at this time, the budding cryptocurrency world is certainly not without risk.

That said, for those intrigued by the potential disruption the blockchain could bring to the cloud-storage space, Siacoin is a compelling token to consider. Right now, Siacoin is one of the top smaller-cap cryptocurrencies I'm watching for this reason.