It's an exciting time for Nio and other Chinese EV makers, too.

There have been several factors creating a bit of tug-of-war with the stock of Chinese electrical vehicle (EV) maker Nio (NIO 4.64%) in the past several weeks. Since late October, the company's American depositary shares (ADSs) have swung from the high 30s into the low 40s and back several times. That pattern was reflected in today's trading as Nio shares were down 2.7% early, bounced back into the black with gains over 1%, and then were back down 1% as of 2:55 p.m. ET.

Some of the bullishness in Nio shares has come from excitement created by other EV makers in both the U.S. and China. But Nio shares themselves have had some overhang recently as the company worked to complete an at-the-market offering seeking to raise $2 billion. With the announced completion of the sale of the additional ADSs last Friday, attention should turn to upcoming catalysts, at least according to one analyst. 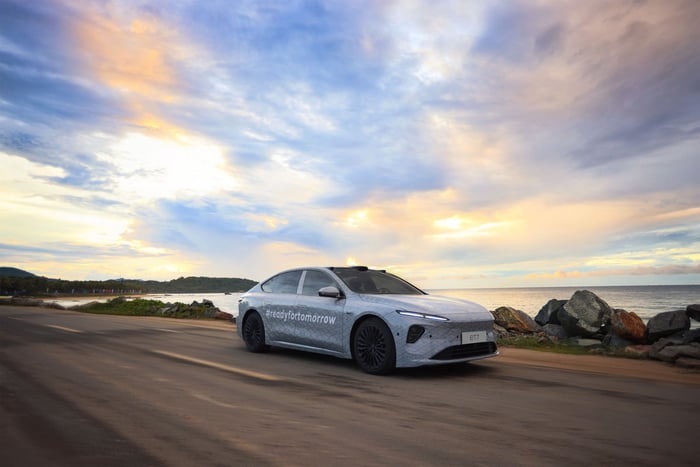 According to Citigroup analyst Jeff Chung, the recent drag on Nio stock has been caused by the more than 53-million-share offering. And Chung added that positive catalysts are coming in December and into 2022, reports Barron's.

Nio Day 2021 is coming in mid-December, and investors are looking forward to what might be revealed. At last year's Nio Day, the company announced the launch of its first sedan, the ET7 luxury EV that itself represents another catalyst for the stock moving into next year. Other announcements last year included a new 150 kilowatt-hour battery pack that Nio says will provide a range of about 600 miles on a single charge.

Analyst Chung has an $87 target price on Nio shares, representing more than double its recent price levels. The company has recently been working on doubling its production capacity and moving into foreign markets including Norway and Germany. Investors hope it can execute its growth plans and justify Chung's price target.