Shares of theater operator -- and meme stock -- AMC Entertainment (NYSE:AMC) seemed to have some positive momentum to start the week as they opened today's trading with a bounce 2.1% higher. But that quickly reversed course, and the company's shares then tumbled 4.5% before settling to a drop of 2.2% heading into the close at 3:55 p.m. ET.

The initial jump came after advance movie ticket sales for the latest Marvel Cinematic Universe film Spider-Man: No Way Home caused domestic ticket-sale sites to crash at midnight Monday, according to a CNBC report. In addition to the positive news of audience demand for the film that opens Dec. 16, AMC said it and film co-producer Sony Pictures will be offering up to 86,000 non-fungible tokens (NFTs) for members of AMC Stubs Premiere, A-List, and AMC Investor Connect who purchase advance tickets to the film. But that wasn't enough to hold initial gains in AMC shares today. 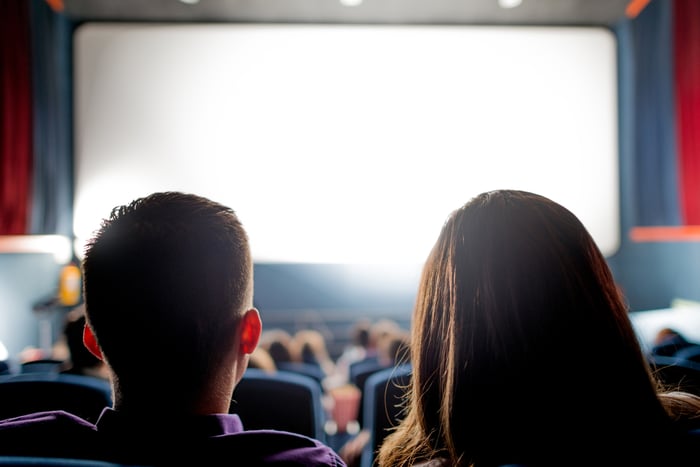 AMC is still working to recover its business and pay off the massive debt it accumulated over the past two years. The five-day Thanksgiving box office weekend provided some help as ticket sales exceeded $142 million from moviegoers heading to see Encanto, House of Gucci, and Ghostbusters: Afterlife, according to data from Comscore.

The combined effort with Sony Pictures to jump into NFTs marks the first-ever promotion of the kind by a major theater operator. AMC CEO Adam Aron said in a statement, "Our AMC Theatres guests and our AMC Entertainment shareholders have been calling for AMC to get into the world of NFTs, and we couldn't imagine a more perfect way to start doing so than with our good friends at Sony Pictures."

While the stock jumped at the start of trading, it couldn't hold gains today. It remains to be seen if the company's foray into NFTs provides any long-term boost to its business or for shareholders.