A recent Nov. 24 regulatory filing revealed that Microsoft (NASDAQ:MSFT) CEO Satya Nadella sold a whopping $285 million worth of Microsoft stock over Nov. 22 and 23. The amount equated to about half his Microsoft holdings. Regarding the sale, a spokesperson for Microsoft merely stated that the sales were for "personal financial planning reasons and diversification reasons."

Executives who get paid mostly in stock are bound to sell some shares every now and then, but this was a huge sale, and came at a time when Microsoft was at all-time highs. So is Nadella's sale a signal of a top in Microsoft's red-hot stock?

Here are two reasons why, as a proud Microsoft shareholder, I'm not panicking. 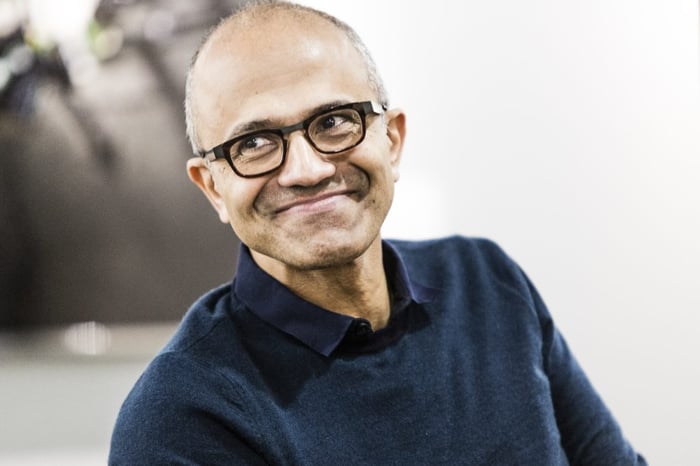 Nadella has sold big blocks of Microsoft before

Nadella is obviously a large shareholder, and has received about $30 million in stock each of the last three years, along with cash salary and cash bonuses that combine to the mid-teens millions. Still, $50 million was a sizable disposal back then, even for Nadella. The 2018 sales were about 30% of Nadella's total holdings at the time.

Still, if you had taken Nadella's past share sales as a sign and sold along with him in 2018 and 2019, you would have essentially missed out on a tripling in Microsoft's stock price since then.

Of course, $285 million is much bigger than the "mere" $50 million or so sales from a couple years ago. And given the huge move up in Microsoft stock since then, it wouldn't be crazy to look upon the recent sale a bit more skeptically.

And yet, there's a pretty plausible cause for this year's larger-than-average stock sale, aside from Microsoft's booming stock price. You see, Microsoft's headquarters is in Redmond, Washington, and the state of Washington just passed a hefty 7% capital gains tax at the state level for stock sales that yield profits over $250,000. While the new tax was just passed this year, it won't take effect until Jan. 1, 2022.

Given Microsoft's nice gains this year and the $20 million or so in extra tax Nadella would have to pay on that $285 million if he sold in 2022 and beyond, it's no wonder he chose this moment to take some Microsoft stock off the table.

Executives sell for all kinds of reasons

To be sure, sometimes large executive stock sales can be a harbinger of bad things to come. But that's usually in marginal companies with problems abounding, and perhaps bankruptcy on the table. Microsoft is anything but that; it has several wide-moat franchises, a booming cloud business, and a huge pile of cash on its balance sheet.

Sure, a 37 price-to-earnings (P/E) ratio isn't exactly cheap. Yet when you consider that Microsoft has a higher credit rating than the U.S. government and seems a lock for double-digit earnings growth for years to come, there doesn't seem to be any particular reason to sell -- unless, perhaps, you have over $250,000 in gains and live in Washington State.