Please ensure Javascript is enabled for purposes of website accessibility
Log In Help Join The Motley Fool
Free Article Join Over 1 Million Premium Members And Get More In-Depth Stock Guidance and Research
By Parkev Tatevosian - Jun 7, 2022 at 10:15AM

The streaming pioneer is experiencing a turnaround from its rapid growth trajectory, startling the investor community.

Netflix (NFLX 6.16%) has been getting a lot of attention lately, but unfortunately, for the wrong reason. The streaming pioneer reported its first quarter of subscriber losses in over a decade, pointing to rising competition, account sharing, and the reversal of the pandemic boom as reasons for the drop-off.

These headwinds have been meaningfully negative, causing the stock price to fall by 71% off its highs in 2021. Let's look more closely at why everyone is talking about Netflix stock. 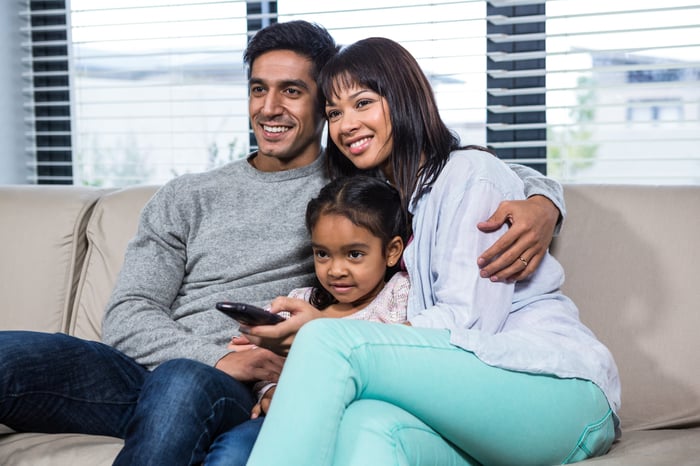 Netflix is not just competing with rival streaming services, though they are playing a part. Netflix is also competing with the rise of free, ad-supported entertainment options that consumers have at their fingertips: Alphabet's YouTube, TikTok, and Meta Platforms' Instagram have all gained in popularity. Unlike Netflix, those services are free to consume. The difference is that viewers are shown advertisements that interrupt their engagement, which is a feature they've demonstrated a willingness to tolerate. 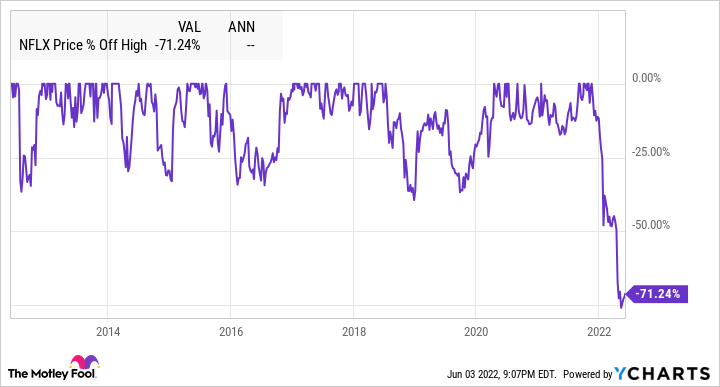 2. 100 million more homes should be paying for Netflix

That Netflix discovered shared accounts isn't surprising, but the scale of the sharing is a bit of a shocker. The figure has some investors talking about why management let it get to this level before doing something about it. Did they believe that allowing customers to use each other's accounts makes them willing to pay higher subscription prices? Or perhaps developing the technology to limit sharing is costly, and the company would rather spend money on creating content instead?

Regardless, Netflix essentially has 100 million customers using the service without paying. Interestingly, launching an ad-supported version will help solve this problem, although not entirely. Netflix can show advertisers that the service is used in the 222 million paying households and an additional 100 million nonpaying ones. In that way, Netflix could draw an increased budget from marketers who would be willing to pay more because they're getting the opportunity to influence 100 million more households.

Netflix grew to earn $29.7 billion in revenue in 2021 without any ad support. An additional income stream could boost that closer to $40 billion in a few short years. 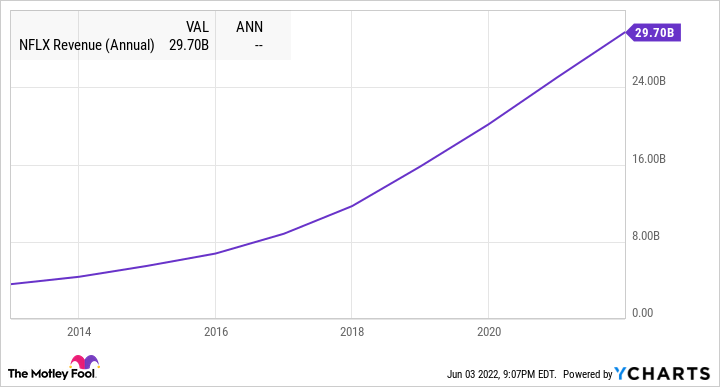 During the first pandemic-plagued year of 2020, Netflix added 36.6 million streaming subscribers -- 8.7 million more than the 27.9 million it added in 2019. That acceleration of growth was impressive from a company the size of Netflix, which already had the industry lead. However, momentum slowed in 2021, when Netflix added only 17.2 million subs.

It's only getting worse as Netflix lost 200,000 subscribers in Q1 and forecasts it will lose 2 million more in the second quarter. This downward trajectory is troubling news for shareholders, who are uncertain how far this will go. Will the service eventually lose all the 36.6 million subs it added during 2020? That seems unrealistic. Will it lose the incremental 8.7 million subscribers it added in 2020 vs. 2019? That's more likely. Will it turn things around in the third quarter and return to growth? That seems most likely.

The changes going on at Netflix are definitely noteworthy. It's clear why investors are buzzing about its stock.