With Windstream going through a major restructuring, keep these two things in mind. 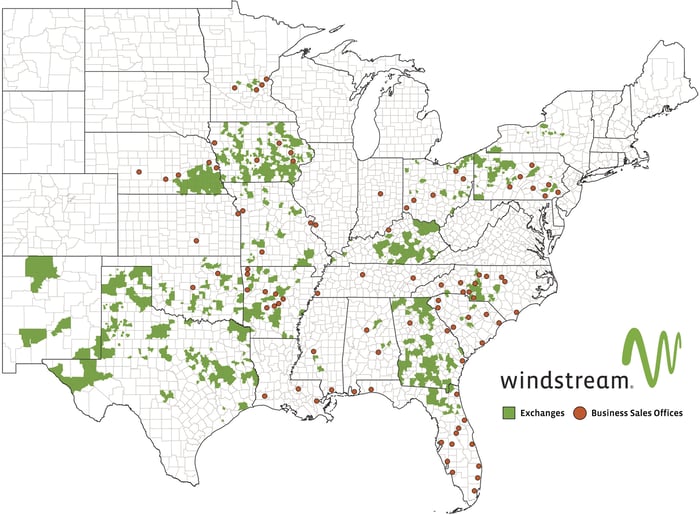 Among top-yielding dividend stocks, Windstream Group (WINMQ) currently holds the crown, with a higher yield than any other stock in the S&P 500 (^GSPC -0.19%). The rural telecom company has defied skeptics for years by sustaining its quarterly dividend payments at current levels, despite the fact that peers Frontier Communications (FTR) and CenturyLink (LUMN 0.74%) have both made reductions to their dividends over the past several years. Nevertheless, with major changes to its corporate structure in the offing, Windstream will look a lot different to dividend investors in the near future. With that in mind, let's look more closely at two things every dividend investor should know about Windstream Holdings.

1. Windstream expects that its total dividend will fall following its split into two companies.
Back in July, Windstream announced that it would spin off its telecommunications network assets into an independent, publicly traded entity. The new entity will qualify for favorable tax treatment as a real-estate investment trust, enabling it to avoid paying income taxes at the entity level in exchange for taking on the obligation of paying out substantially all of its income to shareholders. 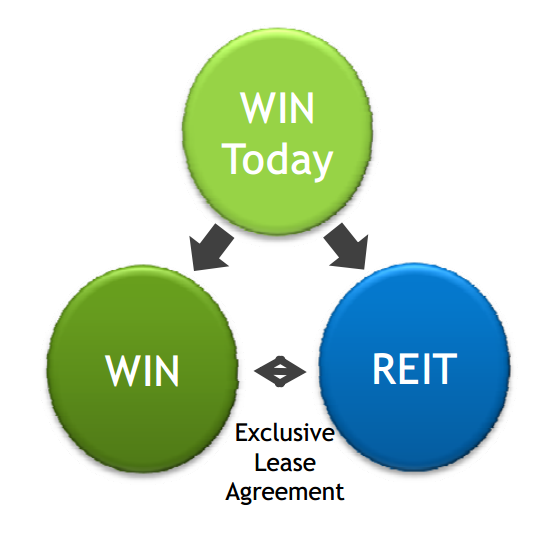 Windstream also said that the new REIT will pay "an attractive dividend to shareholders," alleviating some concerns among dividend investors about what the new corporate structure will mean for their stream of income. Nevertheless, Windstream expects that its total payout to investors will drop following the REIT spinoff. The REIT will likely pay annual dividends of $0.60 per share, maintaining a yield consistent with what Windstream currently pays. But the ongoing operating company will pay a much smaller dividend of just $0.10 per share annually, which will almost certainly result in a much lower yield for those who retain their Windstream shares.

One positive from the transaction for dividend investors is that Windstream expects the REIT to have the opportunity to pay higher dividends in the future, which is something that many current shareholders had given up on from the existing corporate structure. Executives noted that the REIT will have escalation clauses in its leases with the operating company, with initial estimated rent payments of about $650 million potentially climbing over the course of the term of their lease. As net income rises, the REIT should pay more to its shareholders in order to comply with IRS regulations governing real-estate investment trusts. Nevertheless, the move will result in a division between the high-growth portion of the business and the income-producing portion.

2. Windstream's dividend payout ratios can be confusing if you're not looking at the right numbers.
Many dividend investors judge stocks based on how much they pay out in dividends compared to their earnings. On the surface, this makes sense, as a company can presumably only pay out as much money as it consistently brings in. But in the telecom industry especially, the disparities between accounting-based earnings and actual free cash flow lead to confusion about what a stock's actual dividend payout ratio is.

With Windstream, if you look at GAAP earnings, you'll see a dire picture of the health of the telecom's dividend. Currently, Windstream has generated just $0.29 per share in earnings over the past 12 months, making its $1.00 per share annual dividend translate to an earnings payout ratio of 345%. That obviously looks unsustainable.

But when you look at Windstream's actual free cash flow, you can see the huge disparity between it and accounting-based measures of earnings. According to S&P Capital IQ, free cash flow of $761 million over the past year is actually greater than the $598 million in dividends Windstream paid out, leading to a free cash flow-based payout ratio of less than 80%.

The question investors always have to ask is whether earnings or cash flow is the better measure of what a company can afford to pay in dividends. For Windstream, its ability to keep paying dividends despite huge earnings payout ratios shows that the free-cash-flow model is more realistic.

Assuming Windstream's REIT spinoff goes forward, the telecom will look a lot different to dividend investors in the near future. Nevertheless, it could continue to be a solid dividend investment depending on how the transaction pans out and how well the operating company does at capturing the full potential of its growth initiatives.

Investor Recap: 2021 Has Been a Great Year for Long-Term Stock Investors

Avoid This Huge Mistake During a Market Correction