What do a Midwestern regional banking group, an energy holding company, and a self-storage REIT have in common? Correct -- they all lifted their payouts last week.

There are some weeks when the companies raising their dividends are large, famous enterprises. Last week was not one of those weeks.

Instead, the dividend-lifters were some of the lesser-known names on the market. But famous or not, they're making their shareholders incrementally richer, so they're worth getting to know. Here, then, are a few words on this trio of under-the-radar companies.

Glacier Bancorp ( GBCI -0.23% )
This Montana-based regional banking group has historically paid a generous quarterly dividend, and it's keeping that tradition alive with a fresh increase. The payout has been lifted by almost 6% to $0.19 per share. 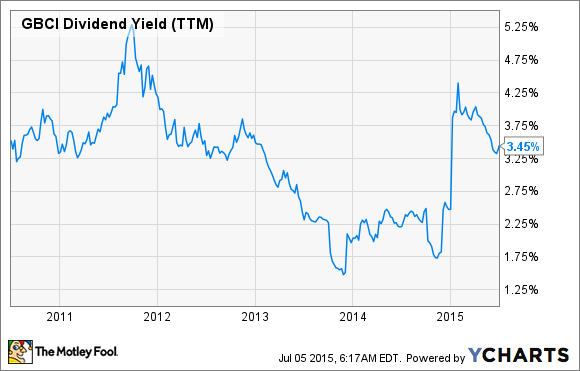 The company can afford this because it has posted some strong net income figures in recent years -- an impressive feat, given the historically low interest rates over that time. Fiscal 2014 saw the lender net almost $113 million in profit, which is almost three times the amount it made in 2010.

The expected interest rate hike from the Federal Reserve should benefit the nation's smaller banking groups. This is because they tend to offer fewer products than their larger peers and are thus more dependent on the interest rate spread -- i.e., the difference between their borrowing rates and lending rates -- for their profitability.

Glacier Bancorp has proven to be a nimble and effective regional operator, and I think it'll be one of those smaller lenders doing well with higher rates. What helps is that its free cash flow is far greater than what it pays out in dividends. I don't think it'll be much of a problem for the company to at least maintain its new payout.

That dividend is to be distributed on July 16 to shareholders of record as of July 10.

This is due almost entirely to a big asset sale: the company's divestment of Knarr -- a floating production, storage, and offloading division -- to affiliate firm Teekay Offshore Partners. The price is nearly $1.3 billion, which is to be spent on retiring a chunk of the parent firm's high (nearly $6.3 billion) long-term debt and funding the new dividend.

According to Teekay, the divestment is a major part of its effort to "[transition] into a pure-play general partner" -- in other words, an entity that basically functions as an investor in its affiliates, Offshore Partners, Teekay LNG Partners, and Teekay Tankers.

That's a sensible goal. However, even though Teekay Corp. has enjoyed robust operating cash flow over the past few years, it has had high capital expenditures. As a result, free cash flow has been deep in negative territory for quite some time now. 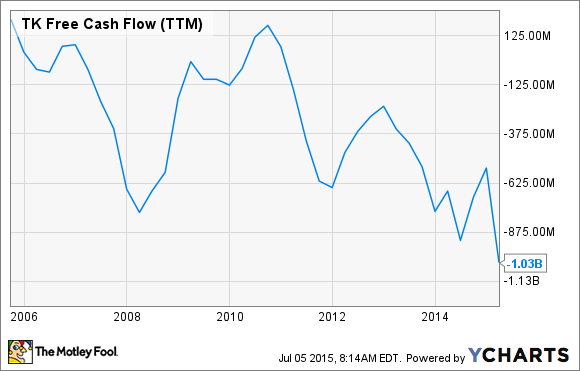 The unloading of Knarr should help alleviate this situation, but at this point it's too early to tell whether the firm will be able to swing its free cash flow well into the black and keep it there. Considering that, I'd adopt a wait-and-see stance on the future of the parent company's payout.

Teekay Corp. will distribute its new dividend on July 31 to stockholders of record as of July 17.

Sovran Self Storage ( LSI 1.40% )
Americans love to accumulate stuff -- so much so that companies like this real estate investment trust are making good money providing facilities to stash it. On the back of this ever-growing trend, Sovran Self Storage, which operates under the brand name Uncle Bob's Self Storage, has lifted its quarterly dividend by 13% to $0.85 per share.

The storage business has been growing robustly since the Great Recession of the previous decade. Occupancy and rental income have risen notably over the past half-decade or so. As a result, Sovran's revenue and funds from operations (a key profit metric for REITs) have risen substantially across that stretch of time. 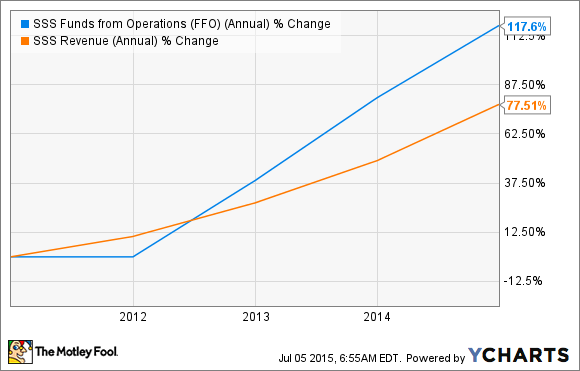 Given a growing economy and sinking unemployment, that accumulation should continue at a pace that benefits the industry. Analysts are expecting Sovran to post a per-share net profit of $4.80 this fiscal year and $5.27 in 2016, both of which are well above the trailing 12-month figure of $2.80.

Sovran dispenses generous dividends because it has no choice: As a REIT, it must pay out at least 90% of its taxable income in order to maintain its tax-free status. Barring a catastrophe or a sudden slump in the American economy, Sovran and its investors should continue to do well. So I believe its newly raised dividend is very safe.

Said payout is to be distributed on July 27 to holders of record as of July 17.