Apple (NASDAQ:AAPL) didn't necessarily intend to revolutionize health care, but that's exactly what happened. Health care has changed dramatically since Steve Jobs first stood in front of an audience to introduce first the iPhone then later the iPad. Much of that change can be directly attributed to Apple. 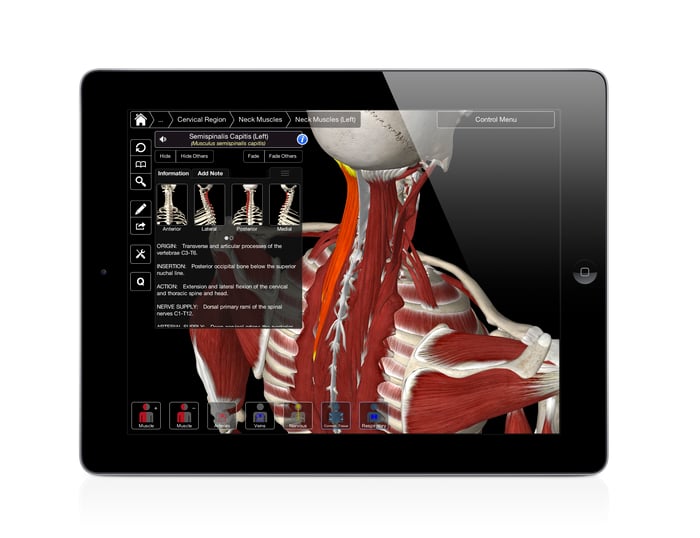 Apples and doctors
It used to be said that an apple a day keeps the doctor away. That could still be applicable, but the opposite is true for doctors and Apple. Physicians love their iPhones and iPads.

A study by Manhattan Research in 2011 found that 75% of physicians owned at least one Apple product. Vitera Healthcare's 2012 survey of health-care professionals backed up this high number. The company's study found that 60% of respondents used an iPhone and 45% owned an iPad.

The real revolution, though, has come from how physicians and other health-care professionals are using Apple's devices. Mobile applications opened the door for clinicians to instantly access a world of medical information at the point of care.

For example, WebMD's (NASDAQ:WBMD) Medscape application allows physicians to check drug interactions, look up information about procedures, and see medical news updates on the fly. Medscape ranks first among the most frequently downloaded medical apps for iPhones and iPads.

Yale University's School of Medicine even did away with paper materials for training upcoming physicians. The school provided iPads and wireless keyboards to all of its medical students. Other schools followed suit.

Health eVillages' experience underscores the transformational impact of Apple's technology. The not-for-profit organization provides mobile health technology to medical professionals in areas such as Kenya and Haiti. Lives have been saved that otherwise would have been lost, thanks to doctors in remote areas who use an iPad to access needed information.

Use of Apple's products goes beyond serving as a reference tool, though. An application that allows radiologists to view MRIs as well as CT, PET, and SPECT scans on iPhones and iPads received FDA approval in 2011. More recently, the FDA cleared the way for privately held Welch Allyn to connect its portable ophthalmoscope to an iPhone for doctors to view retinal images using the company's app.

A peek at some of the current top-selling apps shows how much Apple's technology has empowered patients. One application allows individuals to monitor their sleep cycles. Another provides a detailed guide to help expectant mothers through their pregnancies.

Pharmaceutical companies are getting into the act. For example, Vivus (NASDAQ:VVUS) recently introduced an app for iPhones (and Android phones) that complements its weight-loss drug. The app allows patients to record what they eat and track their weight plus receive regular information updates.

Vital Art and Science recently gained FDA approval to sell its myVisionTrack product, which enables people with macular degeneration and other degenerative eye diseases to monitor their vision at home with their iPhone. The application automatically alerts a health-care professional if visual function appears to be deteriorating significantly.

Another app, SkinVision, allows individuals to take pictures of moles and other skin conditions and receive an instant analysis of risk using an algorithm that dermatologists helped develop. SkinVision helps the person find a dermatologist if needed.

The revolution continues
While it's true that Apple products aren't the only ones used in health care, the company's devices still dominate the industry. And these products ushered in a revolution in how medical professionals and patients access data and communicate with each other.

Now, many speculate that Apple's next major product could be an iWatch. If so, yet another transformation could occur as tracking of health information becomes even more convenient and transparent. The revolution continues.