The American telecom market is in the midst of a revolution. Today, investors have a fourth big ticker to follow in T-Mobile US (NYSE: TMUS), formerly known as T-Mobile USA and MetroPCS. Sprint Nextel (NYSE:S) is still trying to decide which one of two intriguing buyout offers to accept.

Meanwhile, AT&T (NYSE:T) is today's strongest performer on the Dow Jones Industrial Average (DJINDICES:^DJI), while archrival Verizon Communications (NYSE:VZ) is one of the weakest -- on no particularly groundbreaking news in either case. 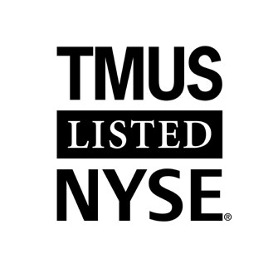 Investors in the two big telecoms are clearly nervous, and for good reason. T-Mobile has been a laggard in this market for years, losing customers while Ma Bell and Verizon picked them up by the boatload. The addition of MetroPCS' 9 million subscribers adds scale to the fourth-largest network and comes with a side of important radio-spectrum licenses as well. The new stock jumped about 6% higher on its first day of trading, which shows some investor enthusiasm about the reinforced business.

But the biggest news is yet to come. Whether Sprint ends up merging with satellite broadcaster DISH Network or becomes majority-owned by Japanese wireless-operator Softbank, the third-largest American network will gain considerable market muscle and financial flexibility. Either transaction will also add an element of innovation and surprise to this market, as both Charlie Ergen and Masayoshi Son are known for their iconoclastic business strategies.

These wireless brushfires should encourage AT&T and Verizon to hitch up their jeans and fight harder to win customers in a far tougher environment.

The Dow has gained about 1,800 over the last five years, coinciding with the smartphone era. Verizon contributed 184 points to that haul, and AT&T added 58 points. With fresh young pups nipping at their heels, these two giants should continue to drive the Dow higher in the next few years. Healthy competition is ultimately good for everybody.