Investors have been anxiously waiting to get their hands on Twitter's juicy financial details ever since the company very publicly tweeted about its confidential S-1 filing. Yesterday evening, Twitter satisfied investors by making its registration statement public for all to see.

Twitter is seeking to raise upwards of $1 billion through its offering, and will trade under the ticker symbol TWTR. The company has not decided which exchange it will list on. The bungled Facebook IPO is a fresh wound for Nasdaq OMX, but Twitter is certainly negotiating with both the NYSE and Nasdaq.

This is the first time that public investors have gotten a chance to glean fundamental details, and comparisons to Facebook (NASDAQ:FB) will inevitably ensue. Here are the six things you need to know about Twitter's upcoming IPO.

1. Twitter is much smaller than Facebook
Earlier this year, Twitter shared on its official blog that it had over 200 million monthly active users, or MAUs. That figure stood at 218 million worldwide at the end of June. Only 49 million of these MAUs are located in the U.S., with the remaining 169 million abroad. Over the past 12 months, Twitter has generated $448.2 million revenue and has yet to turn a profit. 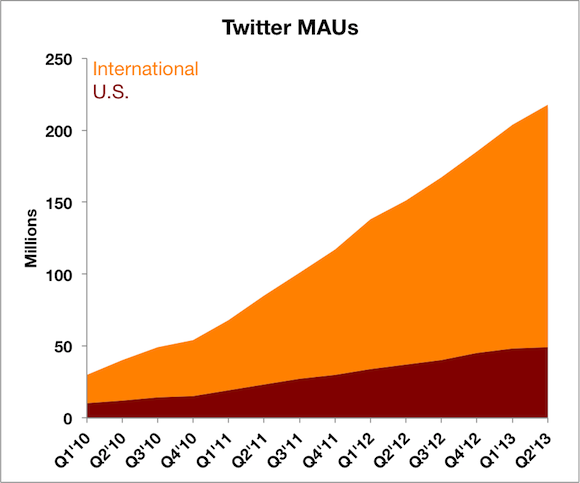 Compare those figures to Facebook. When Facebook filed its initial S-1, it had 845 million worldwide MAUs and had generated $3.7 billion in TTM revenue. These statistics rose further by the time Facebook went public several months later, since another quarter closed in the meantime.

Twitter recently valued itself at $9.7 billion, well below the $104 billion valuation that Facebook fetched at its public debut. By any measure, Facebook is still significantly larger than its tweeting rival. 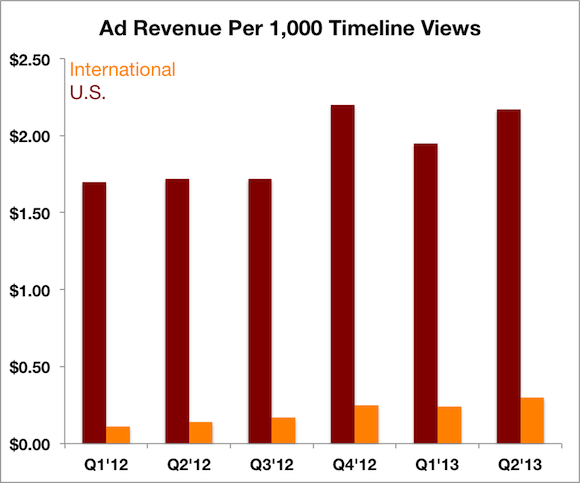 Since Twitter and Facebook use different methodologies to measure monetization, the figures are not directly comparable. However, investors can still see similar patterns playing out since both businesses are built on monetizing large user bases through advertising.

3. Mobile is already rocking
You may have heard this by now, but Facebook is now crushing it on mobile. That's a direct contrast to the accepted storyline from 2012 that Facebook's mobile future was fraught with risks. Twitter won't have to worry about similar investor skepticism, since the majority of revenue is already derived from mobile devices.

Last quarter, 75% of MAUs accessed the service from a mobile device, and over 65% of advertising revenue was generated from mobile devices. That means that 56% of total revenue is already coming from mobile sources. All of these metrics should continue upward.

4. Twitter is already up 58% since last January
Like many private companies, Twitter values itself based on third-party valuations, recent private transactions, comparable public companies, and future projections, among other things.

Twitter then uses these valuations for things like restricted stock unit, or RSU, grants. In the filing, Twitter provides a brief history of its value per share starting in January 2012, when it valued itself at $13.05. So far so good. 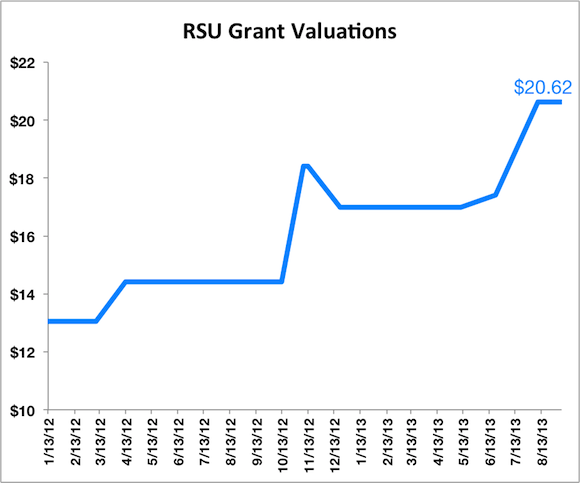 The most recent valuation was about a month ago when Twitter pegged its share price at $20.62. Since this is just the first version of the S-1 that will inevitably get amended, it has not yet specified a pricing range.

5. Twitter has a side gig
In addition to the core advertising business, Twitter also has a data-licensing business where it sells access to its historical and real-time public data. These licenses usually span two years. This is a relatively small business, and generated $58.7 million in sales over the past four quarters, or just 13% of total revenue. As the ad business grows much faster, data-licensing revenue continues to decline as a percentage of total revenue -- a trend that management expects to continue. 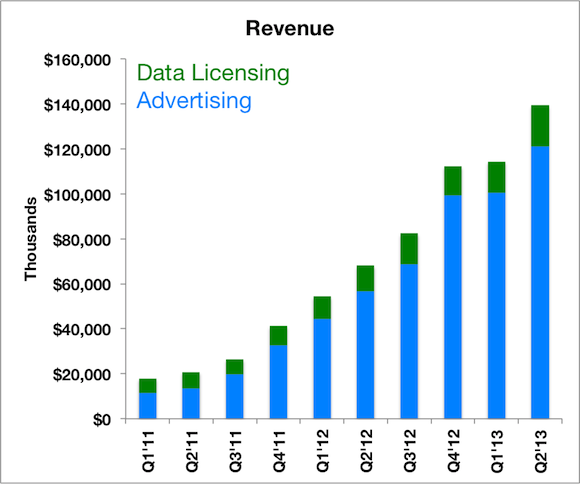 Additionally, this segment is highly concentrated among very few data partners. Twitter says that its top five data partners accounted for 75% of data licensing revenue, which translated into around 10% of total sales.

Of course, the bulk of Costolo's overall compensation is in the form of equity. In 2012, he brought home $11.3 million in stock and option awards. Costolo is also the proud owner of nearly 7.6 million shares, or 1.6% of the company before the offering.

Costolo certainly isn't the only executive in the world of tech with a nominal cash salary. The timing of the change does suggest that Costolo took the pay cut in advance of going public, and investors generally do like when executives' interests are aligned with their own through equity compensation (assuming grants aren't overly generous).

Don't worry about Costolo's pay too much.

There's more where that came from
The S-1 is packed full of even more information. These are just some of the primary highlights for investors to start digesting. If there's one thing that Facebook has proven this year, it's that mobile advertising within social content feeds can be an extremely successful business.

Twitter is still young as a business, and as such could potentially represent greater upside than Facebook if Twitter can grow to the same levels. At this point, there's one final unknown for investors before they could truly assess Twitter as a stock: Where will Twitter price?