Humira (adalimumab) is the best-selling drug in the world. In fact, in 2013 it will become only the second drug in history to eclipse the $10 billion sales watermark for a 12-month period. However, it wasn't discovered by AbbVie (NYSE:ABBV), the giant pharmaceutical company now wielding the drug. It was pioneered by BASF's former pharmaceutical business Knoll Pharmaceuticals, which Abbott acquired in 2001 for $7 billion. 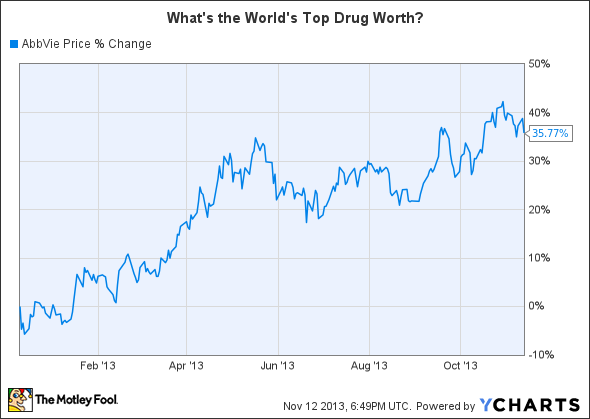 Knoll Pharmaceuticals wasn't a developmental company by any means, but not every bright idea lies within reach of the massive research and development budgets of the world's largest pharmaceutical companies. Small research labs and private companies spun out of academia are tremendously valuable sources of innovation. As investors, it's easy to focus on public companies that come with a ticker, but we shouldn't forget about the privately owned biotechs changing the world. Here are five disruptive biotech companies that could be developing the next big blockbuster drug -- and could forever change the destiny of a larger, publicly traded pharmaceutical company.

1.  Alvine Pharmaceuticals
AbbVie has partnered with the tiny biotech on ALV003, a combination of two enzymes that break down gluten, for treating symptoms associated with celiac disease. Today, a gluten-free diet is the only option for individuals genetically predisposed to the autoimmune disease, which is estimated to affect 2% of the global population. Compare that to the 5% of the world population affected by diabetes and you can see the importance of what could be the world's first treatment option.

Alvine received Fast Track designation from the Food and Drug Administration in September 2012 for ALV003 due to the severe unmet medical need of celiac disease. The company will conduct a phase 2b trial, then transfer rights or sell itself to AbbVie. It may not be the next Humira, but the opportunity for patients and investors is huge.

2.  AnaptysBio
AnaptysBio is pioneering somatic hypermutation, or SHM, for therapeutic antibodies. Perhaps nothing demonstrates the success and interest in the company's novel technology better than the fact that it hasn't had to raise money since 2007. That's what happens when DARPA, Roche (OTC:RHHB.Y), Merck, and Novartis are blowing up your phone and offering deals (excluding DARPA, of course) in the $250 million to $750 million range, according to FierceBiotech. The novelty lies in how AnaptysBio designs new antibodies, which are more selective and appear more natural to the immune system.

The company actually hasn't entered clinical trials yet, instead focusing on developing its platform and IP portfolio. That means it will eventually have to raise more money, but it doesn't dampen the potential. A novel anti-PD-1 molecule (rumored to be the best in development) and various other oncology and autoimmune antibodies in development promise to put AnaptysBio on the map of every biotech investor soon enough.

3.  CytomX Therapeutics
CytomX is developing a novel class of antibodies called Probodies, which are more selective and active than the current crop of antibodies. In fact, Probodies are designed to be inactive in healthy tissue and only activated in diseased tissue -- resulting in greatly improved safety. The company recently released (link opens PDF) preclinical proof-of-concept data for CTX-033 in pancreatic cancer, which demonstrated effectiveness and less side effects compared to other drugs targeting the same pathway.

Pfizer (NYSE:PFE) recently inked a deal worth $25 million in preclinical milestones, up to $610 million in regulatory and sales milestones, and royalties on sales of commercialized products. The pair will work together on developing Probody Drug Conjugates for various indications. If successful, future biologic cancer and autoimmune treatments will be more potent and come with fewer side effects than the already-safe options available today.

4.  Parabon Nanolabs
Parabon wields the Essemblix Platform for developing nano-pharmaceuticals for various cancer, infectious disease, and biodefense indications. The company is also developing forensic technology that will create a descriptive profile -- including face shape, pigmentation, and other vital traits -- from any source of human DNA. That could be the single biggest revolution in forensics since DNA profiling was introduced decades ago.

Of course, the novelty of the company's drug platform is what the pharmaceutical industry cares about. Parabon can engineer DNA scaffolds into any shape, attach drug payloads, and deliver them to areas of need within the body. Essemblix could tap into a number of strategic areas, such as immunotherapy, RNA therapeutics, and cell-specific targets. Johnson & Johnson (NYSE:JNJ) has partnered to develop a treatment for prostate cancer using the technology, which is currently in preclinical trials. Does the future of medicine lie in precisely designing therapeutics?

5.  Polyphor
Polyphor is developing macrocycle drugs for a wide range of applications. The compounds are complementary to small molecules and larger biological drugs, but take the best of both: the small size of synthetic drugs and ability of biologics to target complex protein-protein interactions. If their Goldilocks size and structure pay off, Polyphor could be sitting on a revolutionary platform. 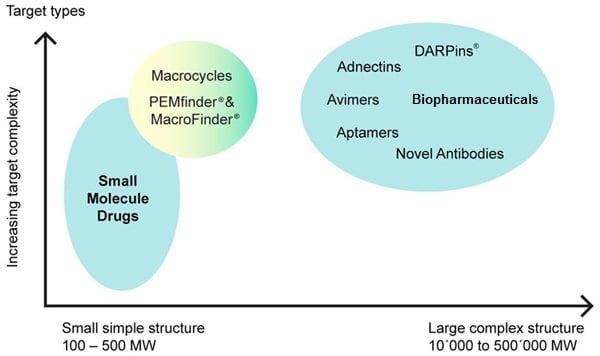 Roche recently signed a deal worth up to $547 million to co-develop POL7080 for treating multi-drug resistant infections caused by Pseudomonas species. It may sound like Roche overpaid for an antibiotic, but the drug crushed a phase 1 trial and smoked multiple preclinical infection models. If things work out, pharma leaders may have to give Polyphor's growing pipeline a hard look.

Foolish bottom line
You can see a few general trends in the list above, such as an increased focus on platforms producing novel antibodies and/or nano-therapeutics that yield precise control over the design of compounds. I'm not willing to bet that any of the five companies above is developing the next $10 billion drug, but it sure doesn't hurt to familiarize yourself with these privately owned partners now. Most are carving out a specialized niche within the industry that, if successful, could make them great acquisition targets for more established pharma companies looking for growth boosts.