With home ownership on the outs in this country following the deep 2007 to 2009 recession, the rental market looks increasingly enticing. And Sam Zell, chairman of apartment owner Equity Residential (NYSE:EQR), believes the trend toward renting has more room to run. For college graduates that can't find a good job, however, renting from Zell can be difficult to afford. Campus Crest (NYSE: CCG) might find a new avenue of growth by renting to grads that don't want to move home, but that can't afford to be on their own.

The big picture
According to Equity Residential's Zell, the big issue to watch is marriage. He recently explained that, "The deferral of marriage has such a staggering impact on real estate and I just don't think people focus on it." Essentially, why buy an expensive thing like a house if you don't have a family and kids?

Marriage deferral encompasses many trends, but college debt is among the most prominent. If you can't afford to pay your bills (a mortgage or otherwise), how can you afford a family, let alone a home to house it? It's one of the main reasons Zell believes the home ownership rate has fallen to 64.8% in the first quarter from the 2006 peak of 69%. He thinks it could drop another 10 percentage points or so. 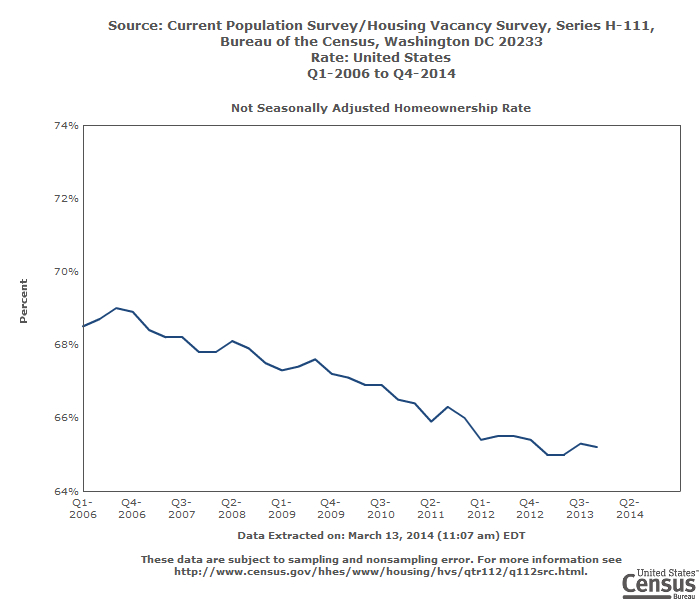 That will make owning rental properties even more enticing. And Equity Residential is preparing to be a lead provider at the high end of the market. For example, the real estate investment trust (REIT) has been increasingly focusing on high barrier to entry markets with desirable demographics like New York and San Francisco. In these core markets, it's able to charge a nearly 100% premium over the average U.S. apartment rent.

That's so expensive!
But how is a recent college grad with heavy debts going to afford the average $2,200 a month that Equity Residential wants? They aren't, they're going to move back in with mom and dad. But that's not a great long-term solution. Which is why Campus Crest CEO Ted Rollins explained to me that his company is looking at the possibility of providing a low-cost rental experience to non-students.

Campus Crest's Rollins was quick to point out that the REIT's focus is student housing. However, "...with the emergence of our urban brand in Philadelphia and Montreal, we are going to test the market's receptiveness to this niche of housing." And that's an interesting thing for REIT investors to watch.

An apartment on campus is a dorm, but an apartment off campus, even if it's intended for college kids, is still just an apartment. With Campus Crest increasingly adding amenities that college kids, and others, will like, why wouldn't a recent grad prefer to keep living in a Campus Crest facility if the other option is his or her parents' basement? The average revenue per occupied bed at Campus Crest last year was around $500, a much better deal than Equity Residential is offering and affordable even on a tight budget.

A niche, but a good one
In fact, such an option could be good for everyone. Empty nesters get to stay empty nesters and the kids get to live as if they are still in college until they are ready to "grow up." Mom and dad might even be willing to pay for this mutually beneficial outcome.

Clearly Campus Crest is exploring what is really a niche opportunity. But it would make filling its urban apartments that much easier. And, if it found enough demand, the REIT's expertise in construction and its standardized design platform would make expanding the niche fairly easy. It would also give the landlord a base of annual leases to support its generally school-year focused business.

While Campus Crest's Rollins made clear to me in an email interview that nothing is going on with renting to recent grads just yet, it is something the company has in the back of its mind. But with a yield of around 7.6%, Campus Crest could be an interesting alternative to apartment REITs like Equity Residential, which sports a relatively paltry yield of 3.2%. Just make sure to keep an eye on Campus Crest's urban experience if you like the rental market.

Is this High Yielding REIT Ready To Expand Beyond its Roots? @themotleyfool #stocks $EQR Next Article
Current