Which country invested the most in clean energy last year? Believe it or not, it was China -- by a wide margin. Of course the country also happens to hold the lead position in carbon emissions as well. It may look like the Chinese government is trying to clean up its environmental act, but don't be fooled. China's supposed clean energy shift won't do much to change the global warming picture.

Money where its mouth is
China has made overtures about cleaning up its act, pollution-wise, for some time. That's partly because its own citizens are upset that they can't breathe the air. This fact is directly related to large particle emissions from coal burned without the scrubbing technology we have installed across much of the U.S. coal fleet. As for carbon dioxide, well, that's less pressing than breathing, but still on China's mind to some degree.

And the impact is quite real. Through the first half of this year, Greenpeace estimates that coal use in the country has declined for the first time since the turn of the century. That's huge, because the country's coal use roughly doubled over the past ten years. Which, of course, is a big reason why it's hard to breathe in some Chinese cities and why the country leads the world in carbon dioxide emissions.

Don't get too excited
From an environmental standpoint, this is great news. China is taking a different tack toward sating its massive power needs. But it isn't the end of the story. Coal supplies around 70% of China's power. That's not going to change overnight -- it's simply impossible to replace that much of the pie without causing calamitous problems.

And then there's the demographics of the situation. China emits roughly half as much carbon dioxide per person as the United States, but more overall because its population is about four times as large. And that's the big problem. China's coal consumption increased so rapidly because it was building cheap coal power to facilitate its economic growth, pulling up the living standard of its citizens. 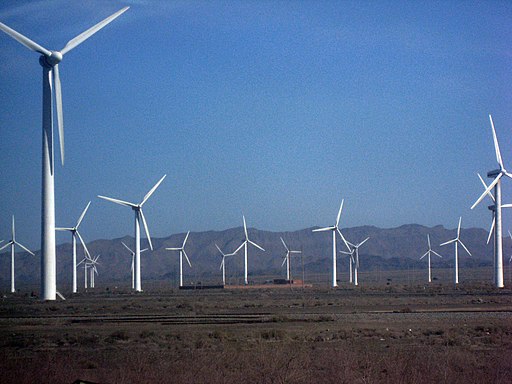 The big change has been China's shift from rural to urban living. Building and powering cities requires a huge amount of electricity. According to the CIA World Factbook (2011 data), about half of China's population lives in cities. But that's still well behind more developed countries. About 82% of U.S. citizens live in urban locales, for example. And the big-city migration in China is expected to keep going, at more than twice the growth rate that U.S. cities are expected to see. This is why companies like Peabody Energy (OTC:BTUU.Q), Rio Tinto (NYSE:RIO), and BHP Billiton (NYSE:BHP) still see China as a positive catalyst for their coal operations.

Essentially, China needs more power. Cutting out coal isn't a viable option when you have to keep upping total electric output at the same time. The drop in coal use shows that China is getting more creative with its efforts -- for example, trying to shift more toward natural gas. However, that's just a less dirty carbon fuel. And it just inked a deal with Russia that will have Russia building coal power plants to service the Chinese market, essentially getting someone else to do the "dirty" work.

The survivor
But coal isn't going away, nor are other carbon-based fuels. China is investing heavily in power, not renewable power. That's different than what's taking place in the United States, where renewable power is displacing dirtier options. In fact, China is still building coal power plants.

Even if China stopped building new coal plants, the relatively new coal plants the country has put up over the last decade or so aren't going to be mothballed -- which means they'll keep spewing carbon dioxide even as other, less dirty options are built. And while total coal consumption under an unrealistic no-more-coal plan could fall slightly as older power plants and steel mills shut, it won't be nearly enough to have a material impact on China's current carbon footprint, which is still being driven by economic growth and urbanization.