Please ensure Javascript is enabled for purposes of website accessibility
Free Article Join Over 1 Million Premium Members And Get More In-Depth Stock Guidance and Research
By Dan Caplinger - Oct 17, 2014 at 11:13AM

With the toymaker announcing earnings next week, Hasbro hopes to do better than one of its main rivals. 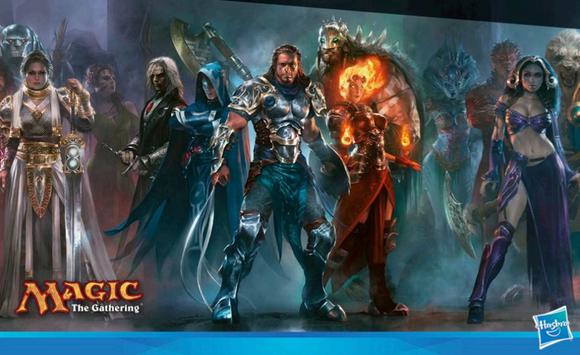 Toymaker Hasbro ( HAS -0.30% ) hasn't gotten much play from its stock in 2014, with shares roughly flat from where they started the year. But as the company prepares to announce its third-quarter earnings on Monday, Hasbro shareholders hope that its results will be more impressive than what Mattel ( MAT -2.42% ) told its investors earlier this week.

Hasbro is the company behind iconic brands like Nerf products, Play-Doh, and the Monopoly board game. But Hasbro has also moved heavily into products based on other media offerings, and its deal with Disney ( DIS -0.67% ) has led to lucrative arrangements to sell products related to the Star Wars universe, as well as to various properties from Marvel Entertainment. Yet, with Mattel seeing erosion in interest in some of its core properties, investors wonder whether Hasbro can buck the trend and keep growing. Let's take an early look at what's been happening with Hasbro during the past quarter, and what we're likely to see in its report.

Monopoly remains a valuable source of revenue for the toymaker. Source: Hasbro.

Can Hasbro satisfy investors this quarter?
Shareholders expect good things from Hasbro, as they've raised their earnings estimates both for the just-ended quarter, and for the current holiday quarter. The stock has moved modestly higher, rising about 2% since mid-July.

Hasbro's second-quarter earnings showed the ambivalence that investors have toward the toy arena right now. Even though the company produced 8% revenue growth, investors focused instead on Hasbro's 7% decline in net income. Yet, much of that decline came from one-time charges, without which operating income jumped 24%. Those strong numbers greatly outpaced Mattel's lackluster performance, which included a 9% drop in second-quarter sales.

One problem that Hasbro faces, though, is that its results can be extremely volatile. As Motley Fool Income Investor analyst Paul Chi noted last month, the boys' toy segment relies on the success or failure of movie releases tied to Hasbro's licensing deals. As a result, comparing year-over-year figures can give a false impression of the progress Hasbro makes in any given quarter.

That's similar to the struggles that Mattel has had to deal with lately, as its core Barbie franchise saw revenue plunge 21% from year-ago levels, following up on double-digit percentage declines in sales during the first half of 2014. What's a hit product one day can become a revenue loser the next, as Mattel's American Girl dolls also saw sales drop 7% in the quarter.

Still, the long-term prospects of Hasbro's relationship with Disney are the key to Hasbro's future growth. In September, Hasbro won the rights to create dolls tied to Disney's hit movie Frozen, which should open the door for the toymaker to participate in the huge success that the movie has had both in box-office sales, and in related merchandise. With Hasbro also claiming licensing rights to Disney Princess, which includes the Little Mermaid and Cinderella, the huge shift that takes effect in 2016 represents a move away from Disney's relationship with Mattel, giving Hasbro's rival only a short period of time to make the most of its current licensing deals.

Investors should also focus on the restructuring efforts that Hasbro has made recently. Taking advantage of low interest rates, Hasbro has refinanced some of its outstanding debt, freeing up cash flow to boost share repurchase activity. Although some pessimistic investors believe that Hasbro is using its capital unwisely, with the stock near all-time highs, Hasbro's long-term commitment to raising dividends and returning shareholder capital through buybacks reflects its ability to weather cyclical downturns and still emerge stronger.

In next week's earnings report from Hasbro, watch closely to see whether the company can avoid the troubles that have plagued Mattel. Although the broader retail environment isn't nearly in as healthy a condition as it has been in years past, Hasbro still has the ability to grab up a larger portion of the lucrative market and deliver the products its customers want to see.