When Comcast (NASDAQ:CMCSA) announced over a year ago its intention to merge with Time Warner Cable (NYSE: TWC), it seemed like a foregone conclusion that the deal would go through.

At the time of the announcement, the regulatory process for megamergers was essentially a rubber stamp. Yes, the Federal Communications Commission did some due diligence and waited a few months for appearances, but the agency was seen as greatly favoring the industries it regulates.

Hopes for the deal were further buoyed by the fact that former cable lobbyist Tom Wheeler chairs the FCC and seemed unlikely to get in the way of his former employers. The deal, which would combine the two largest cable operators in the country, might have outraged the public, but popular opinion has never been a major driving force when it comes to federal regulators approving (or disallowing) mergers.

Despite all this, the deal has yet to be approved and now appears it might never be. 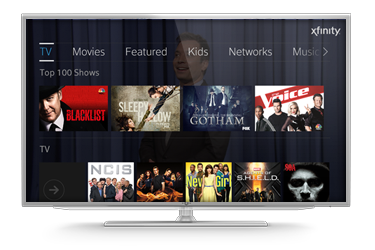 A merged Comcast and Time Warner Cable would be the nation's biggest cable company. Source: Comcast

What happened?
While everyone expected yet another FCC boss who did the bidding of the industries he was supposed to regulate, Wheeler has proven to be anything but that. The chairman has taken stands on a number of issues that were not popular with the cable and wireless industries that fall under FCC regulation:

Perhaps most importantly, Wheeler has shown a willingness to be moved by public opinion. His stance on regulating ISPs was initially much softer and allowed companies to pay for so-called fast lanes. But after a high-profile piece by comedian John Oliver on HBO's Last Week Tonight (in which Wheeler was likened to a dingo being allowed to baby-sit), the chairman started listening.

Oliver basically said the public was not outraged about net neutrality, because the topic was so boring nobody understood it. This, he explained, allowed Wheeler and the FCC to pass rules that were good for ISPs and bad for consumers.

While Wheeler could have taken offense or simply ignored the viral outrage, he instead took it to heart. Millions of comments were made on the FCC website regarding the merger -- some by activists with a clear agenda but also many by regular consumers who felt uneasy about allowing one company to control roughly 35% of broadband Internet service coverage and just under 30% of U.S. pay television subscribers.

What is Comcast saying
Since the beginning, Comcast and Time Warner officials have maintained the deal should win approval, because the companies do not compete against one another. That is technically true, as the two cable and Internet providers serve different territories. Comcast has been steadfast on this claim and even released a statement of what it sees as the public benefits of the merger. It reads in part:

Comcast's merger with Time Warner Cable will ensure that a responsible and committed steward delivers advanced video and high-speed data services and innovation to these customers. The proposed transaction is pro-consumer, pro-competitive, strongly in the public interest, and approvable. It will deliver better services and technology to Time Warner Cable's subscribers and result in no reduction of choice for consumers.

The company contended that the increased scale created by the merger would allow for innovation and better technology for consumers. In the past, that, and the fact that the two actually do not serve the same geographic markets, would almost certainly have been enough for the FCC.

It is not dead yet
"The prospects for the deal, while they're still not bad, have continued to go down," Kevin Werbach, a former FCC counsel and a professor at the Wharton School of the University of Pennsylvania, told The New York Times.

Both companies are also aware the deal could be blocked. David L. Cohen, an executive vice president at Comcast, told the Times he was confident the deal would go through but acknowledged it was hard to know what the FCC would do.

"This is a bit of a black box process," he said. "You don't really know what's going on under the surface."

What will happen?
As much as Wheeler has been a maverick, he has also been thoughtful and rational. He is not going to urge his agency to block the deal just because of public opinion. More likely is a scenario similar to what happened when major satellite radio companies Sirius and XM wanted to merge. In that case, which occurred before Wheeler took office, the merger was approved with conditions on rates, non-exclusivity agreements, and other aspects of the deal.

If the FCC is willing to approve the deal at all, it is almost certain to include similar conditions. The question is whether those conditions would force Comcast or Time Warner Cable to walk away from the table.