Investors are growing increasingly worried about the Greek debt crisis and its possible implications across different markets. It's hard to tell what might happen next in this dramatically complex situation, let alone trying to forecast how the economic problems in Europe could impact other financial markets around the world.

The cold, hard truth is that recessions and bear markets happen. They are hard to predict, and they can occur for a number of reasons, including economic factors, shifting investor sentiment, or many other unpredictable variables.

The bad news is that you can't forecast bear markets with any precision, but the good news is that you don´t need a crystal ball to make sound investment decisions over the long term. Rock-solid dividend powerhouses such as PepsiCo (NASDAQ:PEP), Wal-Mart (NYSE:WMT), and Colgate-Palmolive (NYSE:CL) have the strength to endure all kinds of economic and financial uncertainties and continue delivering growing cash payments to investors over the long term.

PepsiCo is a household name. In fact, the company owns multiple household names: PepsiCo has an enormously valuable portfolio featuring 22 brands that make over $1 billion each in global annual revenue. This includes traditional sodas and snacks brands such as Pepsi, Mountain Dew, Lay's, and Doritos. However, the company is also rapidly expanding into healthier alternatives, a segment where it already owns popular names including Quaker, Gatorade, Tropicana, and Aquafina.

PepsiCo also benefits from a gargantuan global distribution and logistics network, setting it apart from the competition. Besides, the company has enormous firepower to invest in marketing and advertising, PepsiCo allocated $3.9 billion to this area during 2014. The company spent $718 million in research and development last year, showing PepsiCo is actively putting its capital to work to strengthen its portfolio and consolidate its competitive strengths.

PepsiCo has raised its dividend annually over the last 43 years, including a 7% hike for 2015. Management intends to maintain a dividend payout ratio in the neighborhood of 60% of core earnings per share, which is quite sustainable for such a solid and reliable business.

PepsiCo is paying a dividend yield of nearly 3% at current prices, and the company plans this year to return between $8.5 billion and $9 billion to shareholders when considering both dividends and buybacks. Versus a market capitalization of nearly $138.5 billion, this means investors in PepsiCo are being rewarded with a total cash yield of over 6% in 2015.

Wal-Mart
Size matters in discount retail. Scale can be a crucial source of competitive strength, since it allows a company to obtain lower prices and more flexible financial conditions from its suppliers. In addition, a larger retailer can spread its fixed costs on a larger number of products, reducing the impact of fixed costs per unit.

Wal-Mart is the biggest retailer on Earth: The company operates over 11,400 stores around the world, and it produced almost $486 billion in total sales during fiscal 2015. Many of Wal-Mart's suppliers owe their very existence to the company, and this gives Wal-Mart extraordinary negotiating leverage that it translates into "everyday low prices" for its products.

The company paid its first dividend in March 1974, and it has increased payments in each and every year since then. What started as a quarterly payment of $0.05 four decades ago has grown into $0.49 per share as of the last quarter; this represents a dividend yield of 2.7% at current prices.

Based on financial reports for the quarter ended on April 30, dividends consumed approximately 70% of free cash flow produced during the period, so Wal-Mart can easily continue increasing its payments in line with future earnings and cash flow.

Colgate-Palmolive
Colgate-Palmolive is an undisputed leader in oral care: The company has a 40.4% global market share in mouthwash, 33.8% in manual toothbrushes, and 44.8% in toothpaste. Management has done an extraordinary job of expanding the brand around the world, as Colgate-Palmolive does business in more than 200 countries and territories, and generates over 80% of its revenue outside the United States.

International exposure is dragging on performance in the short term, since many global currencies have depreciated versus the U.S dollar lately. However, its global presence also means extraordinary growth potential for Colgate-Palmolive over the long run. 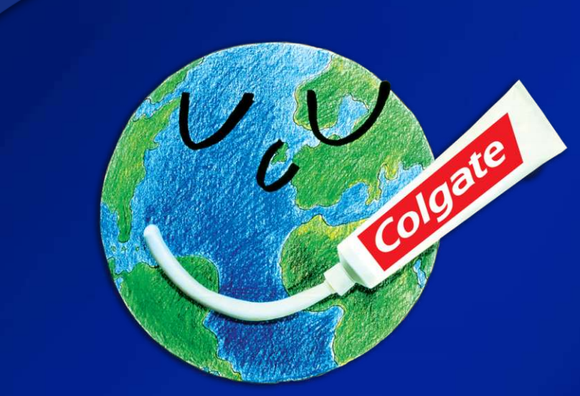 Over 700 million people in China and India are expected to move out of poverty by 2030, and this should drive massive gains for the company. Per-capita toothpaste consumption in China is still less than half that of the United States, while India's consumption is just 25% of the toothpaste consumed in the U.S. on per-capita terms. This means Colgate-Palmolive has enormous room for growth in emerging markets.

The company has paid uninterrupted dividends since 1895, and it has increased its payouts in each of the past 52 years. The dividend yield stands at 2.3%, and Colgate-Palmolive has a very reasonable payout ratio of nearly 56% of earnings.