When it comes to precious metals, gold gets almost all of the headline action. But there are plenty of other important metals, like silver. Although silver is less expensive, it has long shared many of the same attributes as gold, most notably a store of wealth and use as a currency. For those open to looking at silver in addition to (or instead of) gold, here are three stocks to watch in silver, specifically in the mining of the metal: Hecla Mining Company (NYSE:HL), Pan American Silver Corp. (USA) (NASDAQ:PAAS), and Silver Wheaton Corp. (USA) (NYSE:WPM).

The domestic leader board
Hecla Mining, founded over 100 years ago, lays claim to being the largest silver producer in the United States. It produced roughly 11 million ounces of the metal in 2014 and expects to produce around 10.5 million ounces in 2015. Like all miners, commodity prices play a big role in top- and bottom-line results. So, 2011 was a big year for the company as commodity prices peaked, but as silver prices subsequently dropped so did Hecla's top- and bottom-line results. 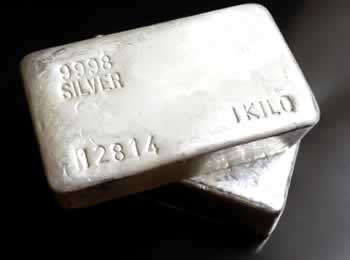 That said, the miner used the downturn to get better. For example, between 2013 and 2014, it was able to reduce its cash costs by 30% while at the same time increasing production by about 25%. Cash costs are essentially what it costs to get an ounce of silver out of the ground at an operating mine. Recently, its cash costs have been well below the price of silver at the time. Part of Hecla's success has been focusing on cost containment, but it has also used the downturn to expand its reach. For example, in mid 2015 it acquired Revett Mining Company, a small silver miner working to open a mine that Hecla believes will supports its future production growth.

Bigger prey
Pan American Silver is larger than Hecla, but notably younger, starting life in the mid 1990s. However, it has quickly grown via acquisition and exploration to produce 26 million ounces in 2014 -- up from, quite literally, nothing 20 years ago. It expects to produce around the same amount in 2015.

One of the big differences between the two miners, however, is costs. While Hecla has plenty of leeway because its cash costs are below $5 an ounce, Pan American's cash costs in 2014 were around $11.50 an ounce. That leaves a lot less wiggle room for Pan American. Which helps explain why earnings fell deep into the red as silver prices fell. For example, it lost nearly $3 a share in 2013 and around $3.60 a share in 2014 after peaking at over $3.30 in 2011. Hecla, for comparison, turned a slight profit in 2014 and lost less than a dime a share in 2013. 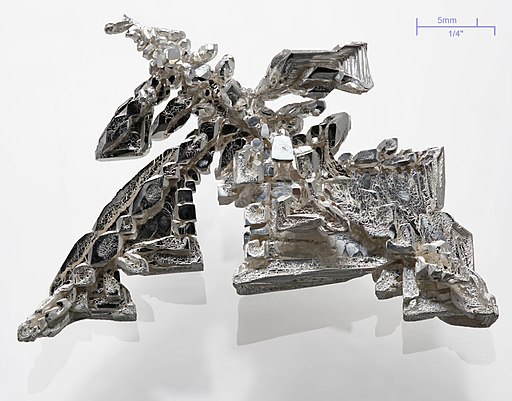 Avoiding the mine
No discussion of silver mining would be complete, however, without talking about the nonminer Silver Wheaton. This company actually provides up-front funding for miners in exchange for a piece of the mine's future production, usually at a fixed low price. This is called streaming and it means Silver Wheaton gets silver without getting its hands dirty.

True, Silver Wheaton boarders on a finance company, but it still makes its money selling the silver it receives from its financing transactions (about 60% of revenues), and to a lesser extent gold. Note that both Pan American and Hecla also produce gold, but like Silver Wheaton, silver is their main focus.

This works out well for Silver Wheaton because it doesn't have to deal with the ongoing costs of maintaining a mine, gets access to silver at an average cost of around $4 an ounce, and generates wide profit margins. For example, in 2011, a recent peak for commodity prices, Pan American and Hecla had operating margins of around 40% -- but Silver Wheaton had an operating margin of over 75%.

It's no wonder, then, that Silver Wheaton remained profitable despite weak commodity markets after the 2011 highs. In fact, in 2014 it's operating margin was over 40%. It clearly has a lot more leeway to earn a profit during down markets and a lot more upside during good markets. So while Silver Wheaton isn't exactly a miner, if you are looking at silver miners you'd be remiss not to keep it in the mix.

The other precious metal
Pork once called itself the other white meat to better compete with chicken in the retail space. I'm not sure what slogan silver would use, but it might go with "the other precious metal." And while gold will likely always make the big headlines, you might find silver to be just as tasty even though it doesn't get as much press. And that's why Hecla, Pan American, and Silver Wheaton are key silver stocks to watch.