The video app card showcases apps within video ads to drive more app installations. In the past, advertisers could only promote their apps with pictures. With optimized action bidding, advertisers can bid for advertising space by stating how much they would pay for each app install. Cost-per-install bidding allows advertisers to pay after a user installs an advertised app, instead of paying for every ad click. Twitter states that these new bidding options will give advertisers tighter control over their marketing costs. 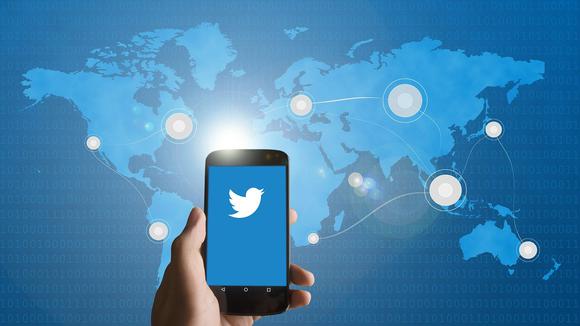 Unfortunately, those new advertising products don't really address Twitter's core problem of disappointing ad revenue growth. Let's discuss why these new options are a mere continuation of Twitter's past mistakes, and why it might be too late for the slumping social network to bounce back.

Not learning from past mistakes
In the past, Twitter advertisers paid "by engagement" -- meaning that they only paid for Promoted Tweets, Accounts, or Videos when users interacted with a click, reply, retweet, or favorite. Last April, Twitter followed Facebook's (NASDAQ:FB) footsteps and launched app install ads, which link to mobile app stores. Advertisers also only paid for the ads when a user clicked on them.

But last year Twitter decided to let advertisers only pay for clicks that led to a "desired" interaction, like acquiring new followers, conversions on a website, or collecting email addresses. Twitter thought that "direct response" model would attract more new advertisers to the site. Unfortunately, it backfired and encouraged existing advertisers to pay less money for fewer clicks.

That's why Twitter's full-year revenue guidance of $2.17 billion to $2.27 billion, which it announced in April, missed the consensus estimate of $2.37 billion. Twitter's guidance would represent just 55% to 62% annual sales growth -- a major slowdown from the 111% sales growth it posted in 2014. To make matters worse, Twitter's user growth is also slowing down. Last quarter, monthly active users only rose 18% annually to 302 million -- its slowest year-over-year growth since going public.

Expanding a bad idea
In my opinion, the two new payment systems for app install ads could suffer the same fate as its "direct response" ads. Twitter still believes that cheaper and more flexible plans will attract more app developers, which often have limited marketing budgets. But this could also allow existing app-install advertisers to pay less for fewer clicks. If Twitter fails to attract new app developers to offset those losses, the entire app-install platform will lose value.

App developers also have other reasons to advertise on Facebook than Twitter. First, Facebook owns Parse, a turnkey solution that enhances apps with user authentication, push notifications, social media integration, location data, and data analytics. Facebook integrates Parse with its app-install ads for convenient all-in-one subscription bundles for hosting and promoting mobile apps. Twitter has Fabric, a similar platform as a service, but it offers fewer features than Parse.

Second, Facebook launched its Audience Network last year, which expands Facebook's ads to third-party apps. But Twitter lacks a far-reaching platform for mobile ads. Instead, it relies on a handful of syndication partnerships for Promoted Tweets within individual apps like Flipboard.

But what about videos?
On the bright side, Twitter is making the right move by expanding into video ads. Research firm iProspect recently found that Twitter has a surprisingly robust engagement rate for videos. Only 7% of Facebook users finished watching 50% of posted videos on the site, compared to 32% of Twitter users. Meanwhile, just 4% of Facebook users and 16% of Twitter users viewed an entire video.

But the report claims that Facebook videos had a higher number of likes, comments, and shares than Twitter's, and iProspect speculates the difference was caused by Facebook's muted autoplay videos, which tempts users into engagement, while Twitter's videos had to be manually started with a click. That's probably why Twitter recently added muted autoplay videos to its news feed as well. 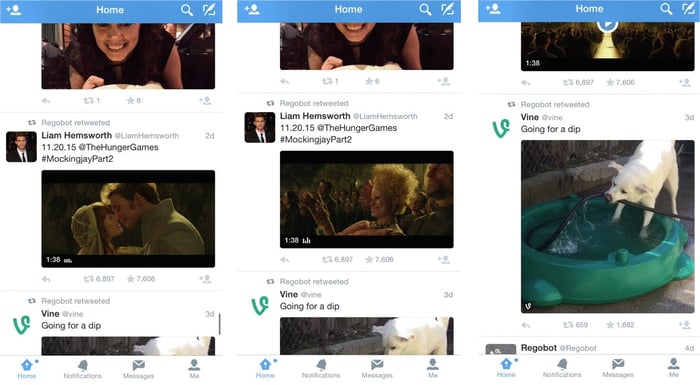 Twitter claims that video ads for apps will help users better understand how an app works before downloading it. As a result, clicks will have a higher chance of converting into downloads on the other end. Since Twitter users have a history of watching videos more patiently than Facebook users, that strategy might pay off.

Too little, too late ...
In addition to sluggish user and ad revenue growth, Twitter still hasn't found a permanent replacement for CEO Dick Costolo, who resigned in June. Without a strong leader, Twitter can't make the critical decision between lowering prices to attract new advertisers or generating more revenue from its existing ones.

Twitter's new bidding options suggest that it's intent on gaining more advertisers with cheaper "pick and choose" bidding options across the board. But as Twitter's sales numbers have revealed over the past two quarters, that strategy simply isn't paying off.