Barron's recently published an article that called investing in action camera maker GoPro (NASDAQ:GPRO) an "extreme sport." The article's author, Alexander Eule, claimed that the "SUV-like evolution" of smartphones could drive GoPros -- which he likens to family sedans -- "off the road." 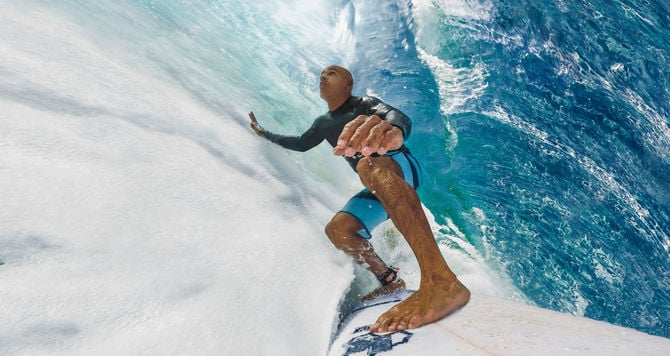 Mr. Eule sounds like he's done some homework, but I believe he uses several illogical comparisons and omits important details to reach that conclusion. Let's talk about my four biggest issues with Eule's article.

1. Comparing GoPro to BlackBerry
Eule likens GoPro to BlackBerry, noting that the latter "once had a similar perch in smartphones." As catchy as that comparison sounds, it doesn't make any sense. BlackBerry made utilitarian smartphones for enterprise users, but iPhones and Android devices made them popular with mainstream consumers. That shift forced businesses to relax their BYOD policies and caused BlackBerry's core enterprise market to recede. BlackBerry's devices, with their big keyboards, also weren't as aesthetically pleasing or easy to use as iPhones or Android devices.

GoPro cameras are designed for active mainstream consumers, are aesthetically pleasing, and have become easier to use with each generation. Thanks to its first-mover's advantage and media expansion, the company has established a culture around its brand that turns "GoPro" into a proper noun for all action cameras. BlackBerry established a culture, too -- one that shackled users instead of freeing them outdoors. It should be obvious which culture fuels higher device sales. One can even argue that GoPro is actually the "Apple of digital photography," which disrupted Sony -- the "BlackBerry" of digital cameras.

Eule also compares GoPro to PDA maker Palm and video camera maker Flip, then dismisses speculation that Apple or another suitor might buy GoPro as "wishful thinking." Yet Eule forgets to mention that both Palm and Flip were acquired by much larger companies.

Small and durable action cameras can be easily mounted on canoe paddles or helmets, but it's silly to do the same thing to smartphones with big and fragile screens. GoPro cameras also use wide-angle lenses -- an effect that can only be replicated poorly on smartphones with clumsy clip-on lenses. Smartphones won't likely use wide-angle lenses natively, because they distort everyday snapshots and portraits. That's why Sony and HTC both launched standalone action cameras instead of installing the lenses in their smartphones.

3. Calling Sony a viable competitor
Eule argues that since Sony makes image sensors for GoPro's cameras, it "puts GoPro in a vulnerable spot, considering that Sony sells its own wearable action cam."

In reality, GoPro is killing Sony in the action cam market. Back in 2013, IDC reported that GoPro controlled 47.5% of the action camera market, compared to 6.5% for Sony. By the third quarter of 2014, GoPro's share had risen to 56.7% as Sony's plunged to 2.9%. The second largest action cam maker in the world, ION Cameras, saw its share decline from 10% to 7% during that period.

IDC hasn't released updated numbers since then, but claiming that GoPro is "vulnerable" to Sony is a huge exaggeration. Social media interest also reveals a huge gap between the two companies -- Sony's Action Cam channel on YouTube has around 74,000 subscribers, while GoPro's has over 3.3 million.

Granted, these businesses aren't generating meaningful revenue for GoPro yet, but the use of its "trim and share" software could generate a lot more content for the GoPro Channel, which can promote its products virally. GoPro also recently launched a premium content licensing portal and is developing a cloud platform to help users automatically back up videos for easier editing.

Demand for VR films is also expected to rise, which might boost sales of niche products like the new 16-camera Odyssey VR rig. Sales of drones, which are expected to start next year, could also diversify GoPro's business beyond standard action cams.

Let's agree to disagree
To be fair, Eule admits that GoPro's stock isn't expensive, that the brand still has "lots of fans," and that any positive news could cause shares to rally on a "short squeeze."

However, I heartily disagree with Eule's comparison of GoPro to BlackBerry, his claim that smartphones or rival action cams represent meaningful threats, and his omission of GoPro's other potential avenues of growth. GoPro is a volatile stock that isn't for everyone, but buying it is hardly an "extreme sport" when the potential rewards outweigh the downside risks.