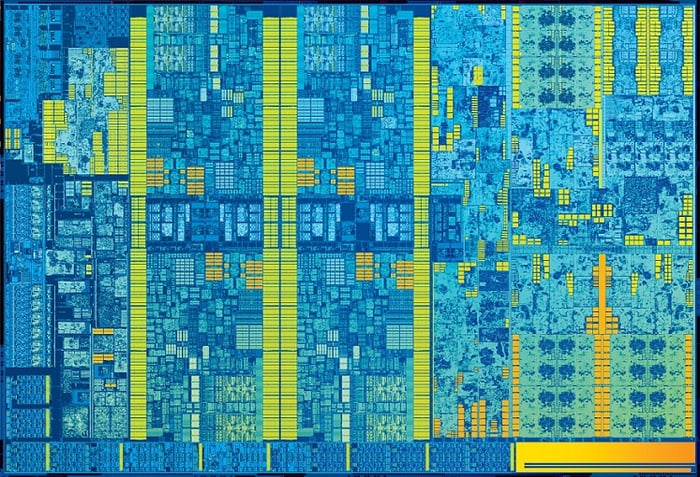 Compared to the company's prior generation Haswell processors, these Skylake-based chips delivered solid improvements in performance. The accompanying chipsets, known as the Z100-series, also brought a number of really compelling platform-level features as well.

Unfortunately, although these products are quite good, Intel appears to be having issues supplying these chips to system builders and major online retailers alike. Supply appears to be so tight that major online retailers -- such as Amazon.com (NASDAQ:AMZN) and Newegg.com -- are now selling what (seemingly little) stock they have at materially inflated prices relative to MSRP.

Here's how Intel seems to be dealing with these supply issues, at least in the near term.

Checking Newegg.com, I noticed that the 22-nanometer Core i7-4790K, the predecessor to the Core i7-6700K, has actually come down in price to $299 from around $339 previously (and availability doesn't seem to be an issue). Additionally, the 22-nanometer six-core Core i7-5930K, which Intel recommends be sold for $583 in its official processor price list, can now be had for $460.

Given that Newegg.com sells the 6700K for $420 and Amazon.com sells it for around $435,  Intel might be hoping that price-reduced 22-nanometer silicon can satisfy the demand that it simply can't meet at the moment with its 14-nanometer 6700K processor.

At $299, the Core i7-4790K offers most of the performance of the 6700K at a significantly lower price. The biggest trade-off (in my view) is that the platform that the chip requires is older. At $460, which is close to current "street" prices for the 6700K, the 5930K also offers an interesting value proposition.

Out of the box, it's quite a bit slower in tasks that can't utilize more than four CPU cores (the 6700Ks CPU cores can do more work per clock cycle and run at higher clock speeds).

However, the 5930K is an "unlocked" chip meaning that, with the right cooling, users can push the chip to much higher speeds than what it is rated for (this process is known as "overclocking"). The 6700K can be overclocked as well, but the 5930K seems to have much more headroom.

All told, an overclocked 5930K probably isn't going to match an overclocked 6700K in per-core performance, but when both chips are pushed to the limit, the gap will probably narrow relative to what it is out of the box. As an added bonus, the 5930K will have a clear lead in programs that can use more than four cores.

The 5930K also includes 40 PCI Express 3.0 lanes built into the die, so it should be able to better support two graphics cards (since each card would be able to get a full 16 lanes to itself, instead of 8 lanes each with the 6700K) and, unlike the 6700K, can support an even more exotic triple graphics card configuration.

Not an ideal solution, but better than nothing
To be clear, these options aren't ideal solutions for Intel or its customers; there will be those users who simply want the high per-core performance that the 6700K brings and/or the excellent platform features that the Z170 chipset brings (that neither the Z97 chipset that the 4790K uses nor the X99 chipset that the 5930K uses have).

Those customers, unless they absolutely need to buy something now, will probably either pay the inflated prices for the 6700K or simply wait for supply to improve (potentially pushing out demand for Intel silicon).

However, I think the price cuts on the 22-nanometer silicon make these solutions quite compelling and should serve to satisfy a good deal of the demand that cannot be met with the 6700K at this time. In my view, it's a smart move given the circumstances.