Wal-Mart's reliance on cheap labor is catching up to it.

Wal-Mart Stores'(WMT 0.21%) announcement that it would raise base wages for its U.S employees last year was a surprising move. The world's largest retailer has been known for its cost-conscious practices at every level, including employee compensation, but new CEO Doug McMillon believes that improving stores and service is key to returning the company to growth.

Wal-Mart raised hourly wages to a minimum of $9 last April, and is set to bump them up to $10 this February, but those pay hikes have come at a cost. Wal-Mart's stock plummeted last fall after it cut back its earnings guidance, and the company said investments in wages and training would cut operating profits by $1.5 billion in fiscal 2017. Even for Wal-Mart, that's more than just pocket change, making up about 10% of its net income.

By raising its minimum wage, Wal-Mart appeared to get ahead of the curve. A number of retailers followed its move, and states and municipalities have begun raising their minimum wages even as the national rate remains at $7.25/ hour. But a footnote to its recent store closure announcement -- 269 stores out of 11, 600 worldwide have closed or will be closed -- shows that rising minimum wages could cause further trouble for the retail giant.

A familiar foe
When Wal-Mart forged an agreement to open stores in Washington, D.C., a few years ago, it marked a significant step forward for the company. The chain has been dominant in rural and suburban America, but struggled to penetrate cities whose local governments were skeptical of its low-paying, union-busting ways. Its entry into the D.C. market was an opportunity to change that, but now Wal-Mart is reneging on a promise to open two stores in a poorer section of the city. The reason for the decision: A D.C. council member told The Washington Post that Wal-Mart officials had said higher minimum wages in the District played into the decision and that the stores already open in D.C. are less profitable than expected. 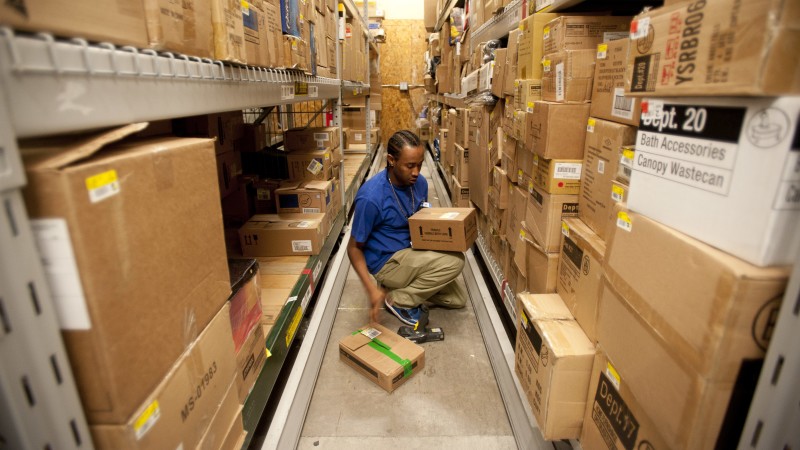 D.C.'s minimum wage is set to go from $10.50/hour to $11.50/hour this summer, and there's a strong movement to raise it to $15 down the road. Wal-Mart cited the wage hikes and other anti-business proposals such as funding of family leave and minimum hours for part-time workers as reasons for backing out of the deal, according to the council member who spoke to the Post.

Similarly, in Los Angeles, where wages are set to hit $15/hour by 2018, Wal-Mart said it would close two stores.

Not only does Wal-Mart's reversal in D.C. make it less likely to be invited to other cities like New York, but it also shows how vulnerable the company is to minimum wage hikes.

A rising tide
The federal government has not raised the minimum wage since 2009 when it lifted it from $5.15/hour to $7.25/hour. With the federal government reluctant to act, states and municipalities have gone ahead and raised their own minimum wages. 16 states will raise their minimum wage in 2016, and, along with DC, a number of states may begin pressuring Wal-Mart to raise wages again. In California and Massachusetts, the minimum wage has already reached $10/hour, and in a number of other states, such as New York, Washington, and Connecticut, it has already reached $9/hour or more.

In addition, at least 14 cities and counties, including Seattle and Los Angeles, have locked in plans to raise wages to $15/hour, and that number is expected to rise as the year goes on.  Though Wal-Mart's stores tend to be more concentrated in conservative states, localized raises could still affect it as 6% of its domestic stores are in California, where some cities are already above the $10/hour threshold.

As an online retailer, Amazon needs fewer employees than Wal-Mart does, with 154,000 compared to Wal-Mart's 2.2 million. In terms of sales, Amazon is much more efficient, generating $650,000 in revenue per employee, compared to just $220,000 for Wal-Mart.

Costco, meanwhile, is known for paying its employees some of the best wages in retail. Base wages at Costco start at $11.50 and the average employee makes $21/hour. Notably, Costco is even more efficient with its employees than Amazon or Wal-Mart, with sales of about $1 million per employee. Costco's buy-in-bulk warehouse model saves labor through efficiencies like leaving merchandise on the pallets it arrives on, which makes receiving and restocking much easier.

At $10/hour, Wal-Mart will be ahead of the minimum wage trend for now, but this problem isn't going away. Wal-Mart's rivals don't have the same need to rely on cheap labor, and that will become a growing disadvantage for the retail giant in the years to come.

Jeremy Bowman has no position in any stocks mentioned. The Motley Fool owns shares of and recommends Amazon.com and Costco Wholesale. Try any of our Foolish newsletter services free for 30 days. We Fools may not all hold the same opinions, but we all believe that considering a diverse range of insights makes us better investors. The Motley Fool has a disclosure policy.