Rumors are swirling that Amazon might launch its own paid music-streaming service. 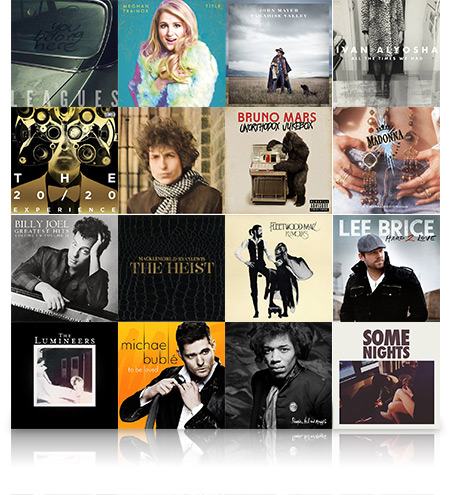 As if the music streaming space wasn't already getting crowded enough, Amazon.com (AMZN 2.70%) is reportedly considering launching its own paid music service as well, according to The New York Post.

The details are still sparse, but Amazon is apparently looking to launch a service that will compete with Spotify, Apple (AAPL -2.05%) Music, and Pandora Media (P). The service may cost $9.99 per month, the same price as Spotify and Apple Music, but could cost $3 or $4 per month if users purchase the Amazon Echo speaker along with it. The lower price point would undercut Apple and Spotify's pricing, and put it on par with Pandora's commercial-free option, which is $4 per month for current subscribers and $5 per month for new subscribers.

Amazon is expected to have already talked with some music labels about licensing deals, though nothing has been finalized. If everything goes to plan, Amazon could launch the service sometime in the fall, according to the Post.

Why you can't count Amazon out
A paid music streaming service may seem out of Amazon's wheelhouse at first blush, but striking licensing deals with content makers is exactly what Amazon's been doing for years now -- and it's only getting better at it.

Not only has Amazon made licensing deals for its current music service, but its Prime Video service has grown over the past few years to include more (and better) content, and now allows additional subscriptions to other content providers like Starz and Showtime. Amazon has proven itself as a great way to get content into the hands of consumers, and the same could be true for a paid Amazon music streaming service.

The best example of this comes from a quote from Amazon's vice president of digital music, Steve Boom, who recently told Billboard that, "If I'm an artist and I want to reach fans of my music, and I recognize that people like to interact with music in different ways, we're really the only place that touches all of the different formats."

Room for one more
Apple has 10 million paid subscribers, while Spotify has anywhere between 25 million to 30 million, and Pandora has about 4 million. So there's definitely stiff competition for Amazon in this space. But there's also plenty of growth in the market as well. According to the latest Nielsen data, listeners streamed about 93% more music in 2015 than they did in 2014, and that's without including Apple Music's late 2015 entry into the space.

Music streaming revenue easily surpassed physical music sales in the first half of 2015, and are well on their way to catching up with digital sales, according to Statista. 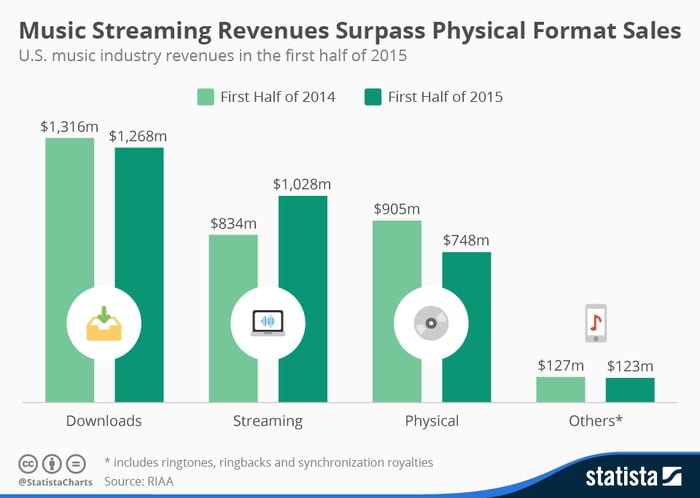 As digital sales continue to give way to streaming services, there may still be enough room for Amazon to enter the market. That is, if Amazon does decide to launch its own service. Considering Amazon's ability to forge licensing deals; its digital content reach across television sets, smartphones, and tablets; and the growth of the music streaming market; it appears the company would be foolish not to give a paid music streaming service a shot.

Chris Neiger has no position in any stocks mentioned. The Motley Fool owns shares of and recommends Amazon.com, Apple, and Pandora Media. Try any of our Foolish newsletter services free for 30 days. We Fools may not all hold the same opinions, but we all believe that considering a diverse range of insights makes us better investors. The Motley Fool has a disclosure policy.