When Medicare opened its doors in 1966, 19 million people soon signed up. Recent tallies show 37.8 million Americans enrolled in the original Medicare program, with another 18.1 million in Medicare Advantage and other plans, for a total of almost 56 million Americans in the system. Medicare, designed to offer health insurance for those 65 or older, is clearly a big part of many Americans' lives -- but there are still things about it that plenty of people don't know.

Let's delve into a handful of important things about Medicare that might surprise you.

Medicare is a window into a single-payer health insurance world
We currently have presidential campaigns under way, with various candidates arguing for and against a single-payer national health insurance system. One interesting aspect of Medicare is that it actually is such a program and can therefore help us imagine what one available to all Americans might look like. 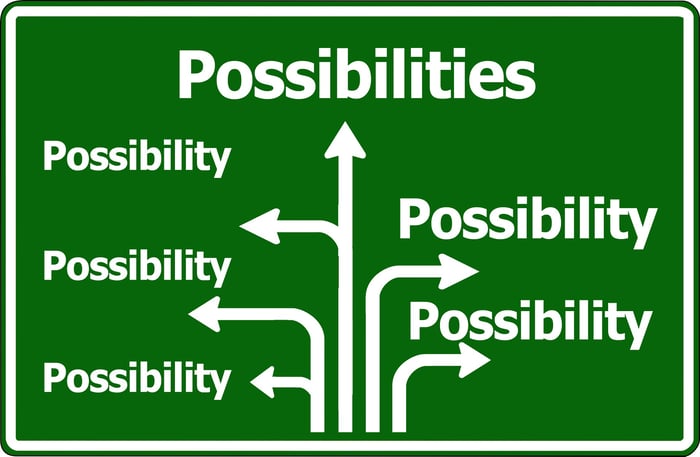 Medicare is not a single kind of plan that all enrollees are stuck with. It offers many choices.
Medicare often goes by just one name, but it has many parts and offers eligible Americans many choices. Traditional Medicare includes Part A (hospital coverage), Part B (physician/medical insurance), and Part D (prescription drug coverage). There are often a bunch of options just within Part D. In addition, many enrollees opt to add on a private Medigap plan to pay for more of what Medicare doesn't pay.

Another option is to bypass the traditional Medicare route and sign up for a "Medicare Advantage" plan (originally referred to as Part C). These plans are bound by government regulations -- but they're offered by private insurance companies. They must offer at least as much coverage as traditional Medicare (parts A, B, and D), but many go well beyond that.

Medicare is not just for older Americans.
The program mainly serves those aged 65 or older, but it's also available to younger folks who are disabled or have certain conditions, such as end-stage kidney disease.

What Medicare does and doesn't cover might surprise you.
So what does Medicare cover? Well, most services and products that are deemed "medically necessary." Some are free to enrollees, and others will have you paying a deductible or 20% of the cost. Annual wellness checkups are free, as are many important screenings -- such as mammograms and Pap tests, along with screenings for heart disease, colorectal cancer, prostate cancer, depression, glaucoma, hepatitis C, alcohol misuse, HIV, STDs, diabetes, and osteoporosis. Other covered benefits include ambulance services, artificial limbs, CPAP machines, home health services, hospice care, lab tests, mental healthcare, physical therapy, skilled nursing facility care, smoking cessation counseling, and even some organ transplants. (Note that some of these are only covered in certain circumstances.)

What's not covered? Well, Medicare's traditional Part A and Part B do not cover your vision, teeth, hearing, routine foot care, or long-term care. They also don't cover healthcare you receive outside the country.

You don't want to enroll in Medicare too late -- because it will cost you.
Here's the bad news: Enroll in Medicare late, and you could end up being charged more expensive premiums for the rest of your life. Yikes, right?

So when should you enroll in Medicare? You're eligible for Medicare at age 65, and can sign up anytime within the three months leading up to your 65th birthday, during the month of your birthday, or within the three months that follow. If you fail to enroll during this seven-month period, you can always enroll during the "general enrollment period," which is from January 1 through March 31 of each year -- but your part B premiums (which cover medical services, but not hospital services) can rise by 10% for each year that you were eligible for Medicare but didn't enroll.

Fortunately, if you're already receiving Social Security benefits when you turn 65, you'll likely be automatically enrolled in Medicare. Many people don't start collecting Social Security that early, though, so stay on top of this. If you're still working, with employer-provided healthcare coverage, at age 65, or are serving as a volunteer abroad, you can delay enrolling in Medicare without penalty.

Some parts of Medicare and some services it covers are free. Photo: PT Money, Flickr

Medicare is not one-price-fits-all.
Medicare's costs vary, and in general are less expensive for those of more modest means. Some of Medicare is free for most of us, and the rest of it costs something, with prices changing from year to year and varying according to your income. Here are some 2016 costs:

Part A is free for most of us. Those who don't get Part A for free will pay up to $411 per month for it. There are also deductibles, such as $1,288 for each benefit period, as well as coinsurance payments.

Part C is variable, because Medicare Advantage plans vary in their pricing (and also in their services -- with some, for example, offering vision and dental coverage).

Medicare has changed over time.
When it was signed into law by President Lyndon Johnson in 1965, Medicare featured Part A and Part B coverage -- what is now called "original Medicare." Over the years, the program grew to feature Part C and Part D and also to cover more people, including those who are younger than 65 with certain conditions, as mentioned above. Indeed, it was President George W. Bush who signed into law Part D, featuring prescription drug coverage.

While doctor and hospital bills originally made up much of Medicare's expenses, prescription drugs are now a very significant cost to the program. In 2013, Medicare and its enrollees spent more than $100 billion on prescription drugs, with 14 different drugs costing a total of more than $1 billion each.

It's smart to get familiar with Medicare and what it offers you and your loved ones now or in the future. Keep an eye on changes to the program, as they do happen from time to time.