Bending to Hollywood's wishes, Amazon agrees to allow the traditional 90-day window for theatrical releases. Here's why it's a smart move.

In their quest to make streaming the predominant form of movie enjoyment, Amazon.com (AMZN -1.08%) and Netflix Inc (NFLX 3.74%) have run up against an unsurprising roadblock: Hollywood.

Traditionally, movies have been given a window of exclusivity to be shown in theaters. Only 90 days after their theatrical debut are they rolled out on different platforms, such as DVD, streaming, and premium cable. According to Hollywood, that system helps keep movie theaters in business and box office sales generate revenue that wouldn't exist from home viewing alone. Without the windowing system, they fear people would just skip the theater and watch the movie at home, as Netflix desires.

As Amazon and Netflix have entered the movie biz, they've mostly flouted the windowing convention. Netflix has ignored it entirely, launching movies in a handful of rented-out theaters at the same time it debuts them on its streaming service. Amazon, meanwhile, allowed a shorter two-month window between the box office debut of the recent Chi-Raq and its appearance on its streaming service. 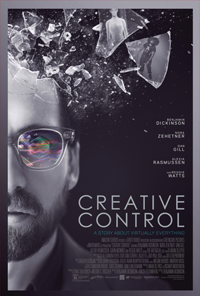 Now, Amazon is stepping back from that strategy and conforming to Hollywood's desires. According to Mashable, the e-commerce giant will release several upcoming flicks in the same way the regular studios do. It will collect half of the box office receipts and wait 90 days before shuttling it to the Prime Video streaming service.

Not all of Amazon's new releases will abide by the 90-day window, but the higher-profile titles are expected to, such as Manchester by the Sea, a potentially award-winning drama the company bought for $10 billion at Sundance. As Amazon ramps up its movie production, catering to Hollywood's whims could be a winning strategy for a number of reasons.

Attracting talent
Not only do the Hollywood studios and movie theater chains prefer the current windowing system, but so do the auteurs behind the movies. Not surprisingly, filmmakers prefer to have their work screened at a theater rather than on your TV or smartphone. At the recent Sundance Film Festival, where Amazon and Netflix left with six films each, taking the biggest hauls of all buyers, many filmmakers expressed a sense of disappointment at seeing their movies go straight to streaming. The desire for a wide box-office release was strong enough to make Birth of A Nation producers turn down Netlix's offer of $20 million and sell to Fox Searchlight instead for $17.5 million.

As Netflix and Amazon seek to work with Hollywood's top talent, that ability to provide the traditional box office draw is likely to be an advantage for Amazon. It already launched one Spike Lee movie, and plans for an untitled Woody Allen feature are in the works -- in addition to a TV series from the respected director.

If you can't beat 'em, join 'em
Netflix has resisted the windowing process more directly than Amazon, but its results have been unimpressive. The leading streamer's first theatrical release, Beasts of No Nation, pulled in just $51,000 at the box office as movie theaters by and large shut it out because Netflix offered it simultaneously via streaming. Not only was Beasts a loser at the box office, it also disappointed during awards season, scoring no Oscar nominations. Nonetheless, the movie seemed to be received positively, rating 91% on review site Rotten Tomatoes.

Just weeks ago, Netflix released Crouching Tiger, Hidden Dragon: Sword of Destiny, but that too was blackballed by the major theater chains. Only a handful of IMAX screens agreed to show the movie domestically, though several hundred theaters in China screened it, bringing in $21 million there in its first weekend.

While Netflix has argued that simultaneous, or so-called day-and-date, releases are the best way to give consumers choice and where movies are inevitably headed, Amazon is taking a different tack. Its Studios chief Roy Price told the Los Angeles Times recently:

I think it's good for customers and good for filmmakers to have the movies get into theaters and have a robust theatrical run. Obviously, [the big screen] is the best way to see a movie ... I think preserving the theatrical experience and the theatrical window makes sense for everybody and we support that -- it's an important part of our approach.

Since Amazon Prime Video exists primarily as a carrot to lure customers into the company's e-commerce ecosystem, Amazon can afford to play nice with Hollywood honchos and movie theaters. Netflix is in a different position since its business is essentially built on undermining the traditional entertainment pipelines.

As both companies dive further into original movies, Amazon may have the edge as it curries favor with the industry. The results of Beasts of No Nation and the Crouching Tiger sequel make it clear that Hollywood intends to fight back even as Netflix grabs a greater share of viewers.