American Water Works' core business is as stable and reliable as they come -- but what about some of its new ventures?

A solid core
After air, water is the next most important thing for sustaining life. And since American Water Works is a key provider of drinking water, it's a good bet that demand for what it sells will remain strong. Better yet, the vast majority of this business is regulated. 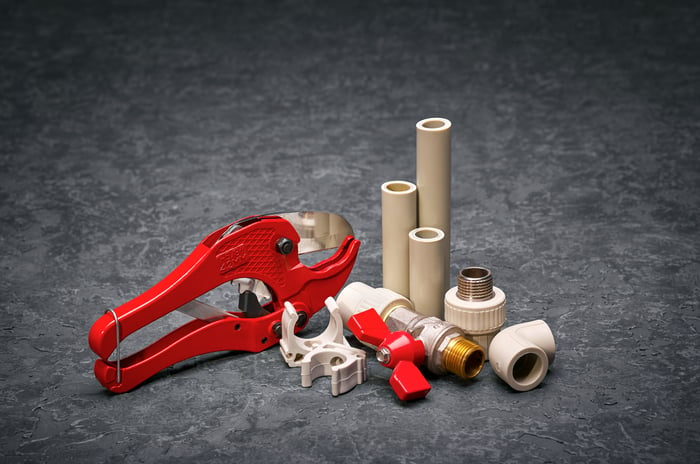 So American Water Works has a monopoly in the regions it serves. The offset, of course, is it has to ask regulators for approval when it wants to raise rates. But even that's a good thing, because so much of the U.S. water system is old and needs to be updated or replaced. Considering waters importance, regulators have a bias toward approving system upgrades and expansions, which leads to higher rates for American Water Works' customers. To give you an idea of the size of this issue, the company believes a trillion dollars will be spent in the United States to fix the nation's aging pipes over the next 20 year.

Built in growth, and more
That means that American Water Works is set for growth. In fact, the company expects earnings-per-share growth of roughly 4% to 6% from the regulated aspect of its business alone.

But there's another side benefit here. Because the costs of upgrading system are so high, many municipalities have been looking to offload their water and waste water systems. That lets the sellers raise some revenue and avoid the big future bills. American Water Works is a happy participant in such deals, because it can tap the capital markets to buy the regulated assets. And, more important, as it spends on the upgrades, it generally earns more. 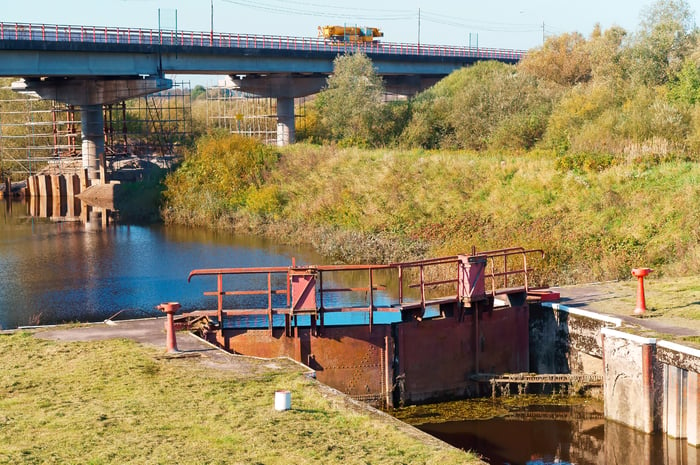 In fact, the company expects regulated acquisitions to add another 1% to 2% to earnings growth each year through 2020. But here's the thing: That means a best-case scenario of 8% growth from its core business. American Water Works is looking for growth of as much as 10% a year. Where's the other 2% or so coming from?

Core and explore
The answer is American Water Enterprises (AWE) and shale water services, which, taken together, are expected to add 2% to 3% to the bottom line. Neither of these businesses is a complete departure from what American Water Works does, so you shouldn't be scared of them. But they are worth watching just the same, since they are different from the core regulated business.

For example, AWE provides water services to the military and is looking to expand its relationship with individual homeowners in areas such as wells and septic tanks, among many others. The military deals are long-term and contract based, so losing a contract would be a big issue, and if it doesn't win enough deals, growth won't live up to expectations. On the consumer side, it has existing relationships from which it should be able to develop new business. But that doesn't mean it will succeed or achieve good results if it does. 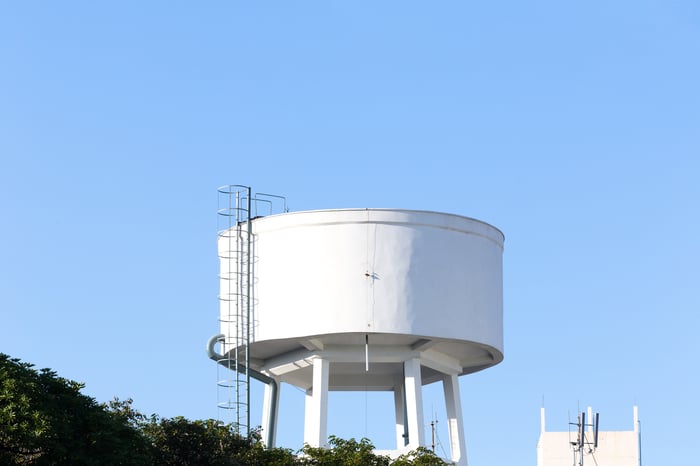 Shale, meanwhile, is a touchier topic right now. The company provides water services to drillers in what is often a water-intensive business. That, on the surface, sounds great. However, with oil on the outs, the company expects well completions to be down 10% to 20% this year. It anticipates a pick-up next year, which sounds good, but it's still a big question mark. So this could be a solid business, or it could turn into a bust -- it's just too soon to tell right now.

Sunny, with a chance of rain
So what's the end takeaway here? American Water Works' core business looks pretty stable and should provide solid, albeit unspectacular, growth. The bigger risk comes from its expansion efforts outside the regulated space, which includes military contracts, direct-to-consumer nonregulated service businesses, and shale drilling water services. The concern is that these business flop and get sold at a loss or just closed and written off. (It wouldn't be the first time a utility overreached and left investors holding the bag.) But on the whole, American Water Works is a pretty safe stock. Just keep a wary eye on the non-regulated stuff, even though it's small potatoes right now.