Please ensure Javascript is enabled for purposes of website accessibility
Log In Help Join The Motley Fool
Free Article Join Over 1 Million Premium Members And Get More In-Depth Stock Guidance and Research
By Demitri Kalogeropoulos - May 8, 2016 at 9:42AM

Why Netflix, Disney, and Electronic Arts could make big moves over the next few trading days.

Despite a deluge of earnings reports and fresh data on the health of the economy, stocks barely budged last week. The Dow Jones Industrial Average (^DJI -1.34%) and the S&P 500 (^GSPC -1.80%) both fell by less than one-half of a percentage point and remain slightly higher on the year so far: 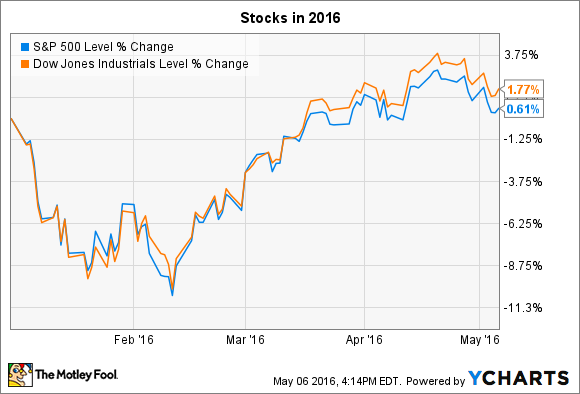 Many individual stocks made much sharper moves last week, of course. And over the next few trading days investors could see significant price swings due to market-moving news from Netflix (NFLX -3.89%),  Disney (DIS -0.04%), and Electronic Arts (EA -1.95%).

Monday, May 9 – Netflix tests its pricing power
Monday marks the beginning of one of Netflix's largest price hike rollouts yet. Millions of U.S. streaming fans will be faced with the decision of either paying a few dollars more per month, switching to a lower-tier plan, or canceling their service outright. The options they pick will have a big impact on profit margins and ultimately on Netflix's ability to keep investing in content so that it can expand its service.

The choice should be easy. In the two years since it announced this pricing move, Netflix has added hundreds of hours of exclusive, original content, including recent hits like Marvel's Daredevil and the Making a Murderer series. There's a huge pipeline of big-budget series and movies on the way, too, including new-release Disney films that begin hitting Netflix servers in the Fall.

CEO Reed Hastings and his team aren't taking any chances, though. They plan to roll out the price changes slowly, all while testing different ways to communicate the shift.

Tuesday, May 10 – Disney talks ESPN, Star Wars, and China
Entertainment giant Disney may have plenty of good news to report to investors this week. It's studio business is on a roll with recent surprise hits, Zootopia and The Jungle Book. The consumer products segment is likely to show another banner licensing quarter thanks to demand for Star Wars and Disney Princess items. Even the struggling media division could post steady growth as the TV advertising market picks up steam.

Besides those key operating updates, investors will be watching for any news on Disney's Shanghai theme park that's slated to take its first official guests next month. The theme park business will likely take a hit from pre-opening expenses tied to that resort over the next few quarters, but these aggressive bets should pay off for decades to come as Disney finally unlocks the turnstiles in the world's most populous country.

Tuesday, May 10 – Electronic Arts
Video game developer Electronic Arts is set to post its quarterly numbers after the market closes on Tuesday. It has a tough act to follow as main rival Activision Blizzard last week trounced expectations while boosting its full-year sales and profit outlook. 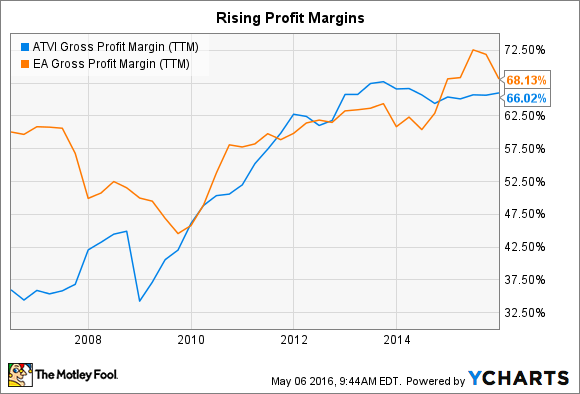 Both companies are benefiting from surging demand for digital gaming content that's making their operations both more profitable and less dependent on a handful of major video game launches. Instead, rounds of expansion packs and add-ons help keep gamers engaged in titles like Star Wars Battlefront long after the original release date.

Investors aren't expecting knockout revenue or profit improvements for EA this quarter. Consensus estimates call for flat sales and a minor uptick in profit of $0.42 per share, but that's mainly because the developer didn't have a comparable release to last year's Battlefield: Hardline in this period. EA should still have good news to report to shareholders on its profitability, and regarding its (likely aggressive) fiscal 2017 release calendar.