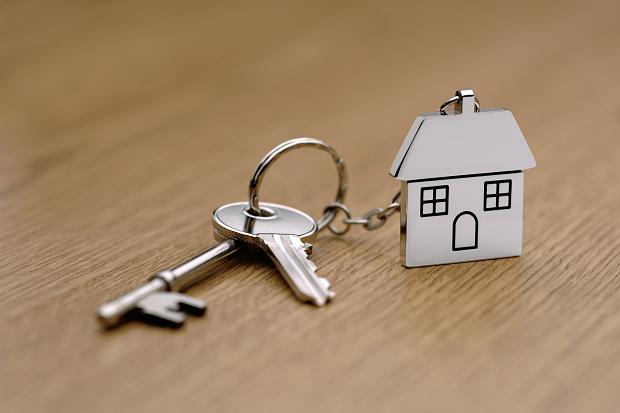 Image source: The Speaker. Republished under CC BY 2.0.

The main mortgage rates were essentially unchanged on Friday. The average 30-year mortgage rate is 3.86%, which equates to a $469.38 monthly payment per $100,000 borrowed, or $22.57 higher than the equivalent payment would have been a month ago.

Mortgage rates may have risen, but that needn't deter prospective homebuyers

One of the obvious questions that the post-election spike in mortgage rates raises: What will be the effect on the housing market? Bloomberg Intelligence takes the question on in a note published today, and this is what it concluded:

It took a three times larger increase in mortgage rates to arrest improvement in housing demand back in 2013 in the aftermath of the temper tantrum [provoked by Ben Bernanke's suggestion that the Federal Reserve would reduce its bond buying program]. The economy is at a better footing three years later and the increase in rates largely reflects rising growth expectations beyond. So far, the increase in bond yields and mortgage rates is unlikely to halt the housing recovery. However, if rates continue their climb, policy makers may soon find it necessary to intervene, presumably through counter-offensive public comments.

On a year-long chart, the recent increase in the 30-year mortgage rate looks violent: 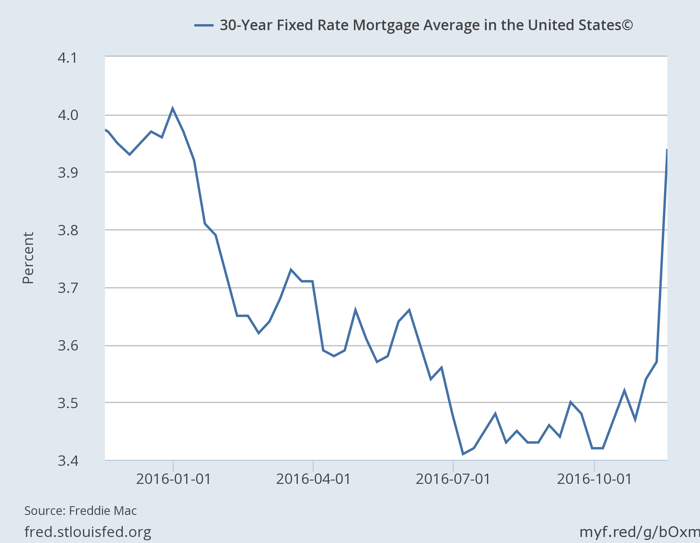 But let's put that move in perspective. On a multi-decade scale, the rate remain very near historical lows: 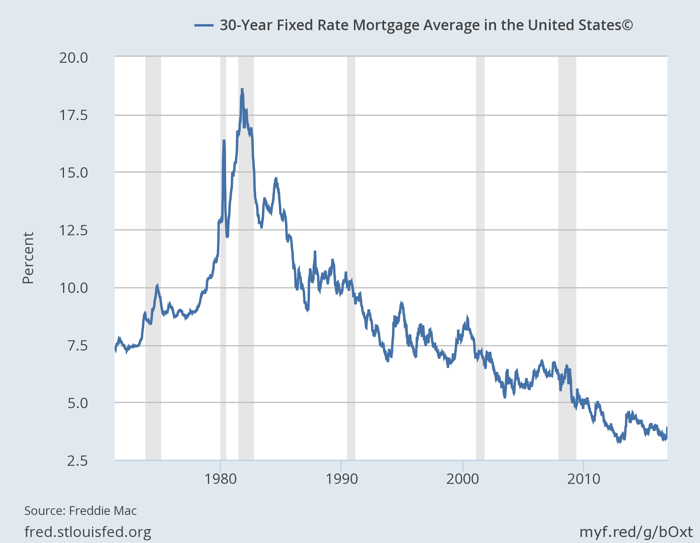 As I wrote earlier this week, prospective homebuyers may want to consider taking the plunge sooner rather than later, but whether they are paying 4% (or even 4.5%) instead of 3.5%, it remains, by historical standards, an extremely attractive proposition.