The 30-year fixed-rate mortgage has been the industry standard for some time now, but there are some compelling reasons for homebuyers to consider a 15-year version instead. Specifically, a 15-year mortgage could potentially translate into six-figure savings over the long run, so here's what you need to know about this often-overlooked type of mortgage.

From a lender's perspective, a shorter-term loan represents less risk. Among other factors, a shorter term means that a borrower has less time during which they could potentially default on the loan. 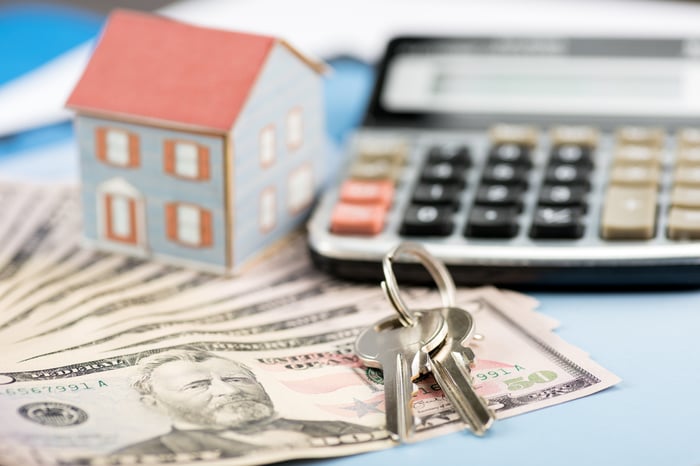 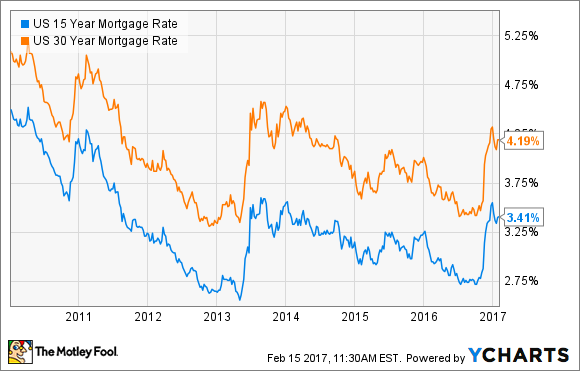 The mathematics of mortgage amortization work in your favor

I'll spare you the mathematics of mortgage amortization, but the general idea is that the shorter the time is until your loan is paid off, the more of your payment is applied to the principal balance of the loan. With the current interest rates, about 70% of your first payment on a 30-year mortgage will go to interest -- just 30% of what you pay will be used to reduce the amount you owe. On a 15-year mortgage, more than 60% will be applied toward the principal.

Then, as your loan balance drops, an even greater portion of your future payments will go toward the principal.

So, your payment won't be as high as you may think

Because you're paying a lot less interest, your monthly payment on a 15-year mortgage might not be as high as you think. Many homebuyers, especially first-timers, assume that a 15-year mortgage will cost at least twice as much per month as a 30-year.

Well, you may be surprised to learn that in the $200,000 mortgage example I mentioned in the previous section, the 30-year loan would come with a $977 monthly payment (principal and interest). On the other hand, the 15-year mortgage's payment would be $1,421, a difference of just 45%.

In other words, you'll pay off your house twice as quickly for just 45% more per month.

Affordability is the main concern

No discussion of 15-year mortgages would be complete without mentioning the reasons not to get one.

The biggest drawback to a 15-year mortgage is affordability. When compared with a 30-year mortgage, a 15-year loan will mean either a higher monthly payment or a reduction in your homebuying budget.

Is a 15-year mortgage right for you?

It depends. If you can afford the higher payment, or are willing to look at houses that aren't at the top end of your budget, a 15-year mortgage can be a smart way to save money on interest, build equity faster, and ultimately own your home free-and-clear a decade and a half sooner. On the other hand, a 30-year mortgage may allow you to buy a larger home, or to live in a more desirable location, without a huge monthly payment.

The point is that like pretty much every personal finance decision, the 15-year mortgage has its pros and cons, which should all be carefully considered before making your choice.