In the age-old debate of renting a home versus owning one, there are plenty of arguments to be made for each side. When you rent your home, you only have to worry about a single monthly payment; maintenance and repairs are somebody else's logistical and financial problem. On the other hand, many will argue that renting essentially means throwing your money away, whereas when you own a home, you get a chance to build equity, sell that property at a profit, and reap certain tax benefits.

If you're thinking of becoming a homeowner at some point, you should know that there's no time like the present to make that leap. Here are a few reasons it pays to consider buying this year in particular. 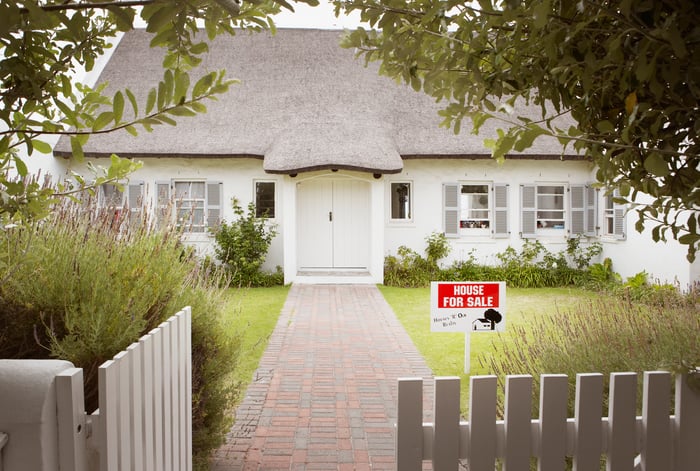 1. Mortgage rates aren't too high -- at least not yet

In December 2017, the Federal Reserve once again raised interest rates. This represented not only the third rate hike in 2017, but the fifth since the 2008 financial crisis. But while higher interest rates can be a positive thing -- think getting more money out of your savings account -- they can also spell trouble for homeowners looking to sign mortgages. That's why it pays to lock in a home loan this year -- because mortgages rates are still at a relative low.

For example, if you have excellent credit (meaning a score of 780 to 850), you might qualify for a 3.613% APR on a 30-year, $300,000 fixed mortgage. If your credit is good but not outstanding, you can snag a 3.835% APR on that same sort of loan. These are still extremely favorable rates compared to what we've seen historically, but we don't know how long they'll hold steady. Therefore, if you're thinking of becoming a homeowner at some point, 2018 is a good year to pull the trigger.

2. You can still write off your mortgage interest

You may have heard that the mortgage interest deduction was going away under the new tax rules, but that simply isn't true. Quite the contrary -- you can deduct your mortgage interest in full this year provided your loan value doesn't exceed $750,000.

Now if you're looking at a particularly costly property, you won't get to claim the deduction in full. But since, as of late 2017, the average new mortgage balance in the country was $244,000, it's fair to say that the majority of soon-to-be homeowners won't have a problem getting the maximum benefit from this deduction.

Of course, this all assumes one thing: that you itemize on your tax return, which the majority of Americans don't. If you claim the standard deduction, you won't get to write off your mortgage interest. And since the standard deduction has nearly doubled under the new laws, you'll need to crunch some numbers to see whether itemizing actually makes sense going forward.

3. You'll have more properties to choose from

For the past number of years, there's been a limited number of moderately priced homes available on the market, which caused younger buyers to stay away and keep renting. But according to realtor.com, mid-level inventory should begin to pick up in 2018, making homeownership more attainable for those with limited budgets.

Furthermore, now that the SALT (state and local tax) deduction has gone from limitless to capped at $10,000, homeowners in expensive parts of the country will no longer get to deduct their property taxes in full. This, in turn, could easily drive home prices down, which will help if you're looking to buy.

The sooner you go from renter to owner, the sooner you'll get the opportunity to turn your housing expenses into an investment. If you've saved enough for a down payment and have a steady job, it pays to think about taking the plunge in the not-so-distant future.