Homeownership has long been the American Dream, but getting a piece of it is easier said than done. Not only must you come up with what could easily be a sizable down payment, but you'll also need to make sure you're financially prepared for the many costs that come with owning property. So you may be inclined to delay homeownership until you're financially stable, and that could mean holding off until your 30s, 40s, or even 50s in some cases.

In the eyes of most Americans, however, that's far from ideal. In fact, according to a new Bankrate study, Americans think that 28 is the ideal age to purchase a first home. 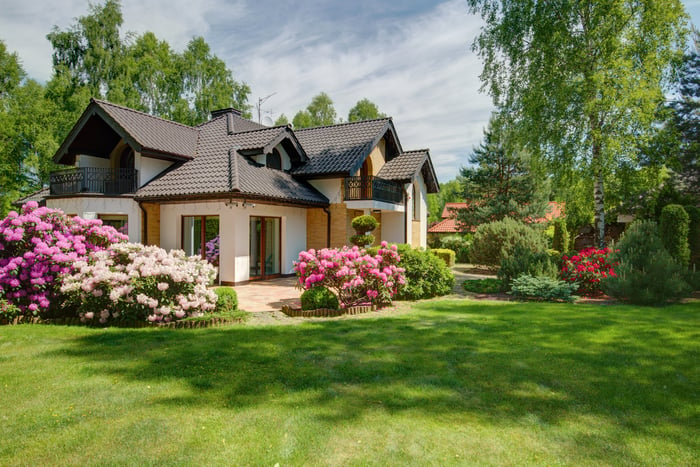 There are certainly benefits to buying a home at a younger age. For one thing, if you purchase a home at 28 via a 30-year mortgage and don't refinance, you'll be free of housing debt well before the age most workers retire. You'll also get to enjoy a host of tax breaks that are available to homeowners.

On the other hand, 28 is a tough age to aspire to on the homeownership front. At that point in life, there's a good chance you're still saddled with student debt, low on savings, and far from reaching your peak earning potential. Still, that doesn't mean buying a home at 28 isn't doable. If you're willing to make sacrifices, you can achieve that goal in your late 20s -- or possibly even sooner.

Making your homeownership dream a reality

Buying a home in your 20s is a lofty goal, but if you prepare for it early on, there's a good chance you'll achieve it. Now when you're first starting out in your career and earning an entry-level salary, saving money is easier said than done, so if you want to get a jump start, do yourself a favor and move back home for a year or two after college. As long as your parents are willing to take you in and let you live mostly rent-free, you have a real opportunity to sock away some serious cash.

Whether you live at home after your studies or not, another good way to manage that down payment is to keep your expenses as low as possible. Most food establishments, for example, charge a massive markup on the items they serve, so that a $20 entree can be prepared for a mere $5 at home. If you save $200 a month on food by skipping restaurant meals and takeout, you'll be sitting on close to $5,000 in two years' time. Buying the cheapest cable package, limiting your leisure spending, and forgoing a gym membership will similarly put more cash in your pocket.

Finally, don't underestimate the power of getting a side hustle. Of the 44 million Americans who currently have one, 25% bring home over $500 a month as a result. So let's imagine you get a second gig on top of your regular job at age 22 and save $500 a month from it for six years. By the time you reach 28, you'll have $36,000 to work with, which means that even if you don't choose (or get the option) to live at home after college, you still have a good shot at buying a home by that age.

Though buying a home at 28 isn't easy, it's feasible if you set your mind to it early on. And if you don't manage to become a homeowner by that time, worry not. You have your whole life ahead of you to deal with a mortgage, property taxes, and maintenance, so if you're not financially ready to buy at 28, you're better off waiting, saving some more, and diving in when you're truly prepared.

Most Americans Think 28 Is the Best Age to Buy a First Home. Here's How to Pull That Off @themotleyfool #stocks Next Article
Current