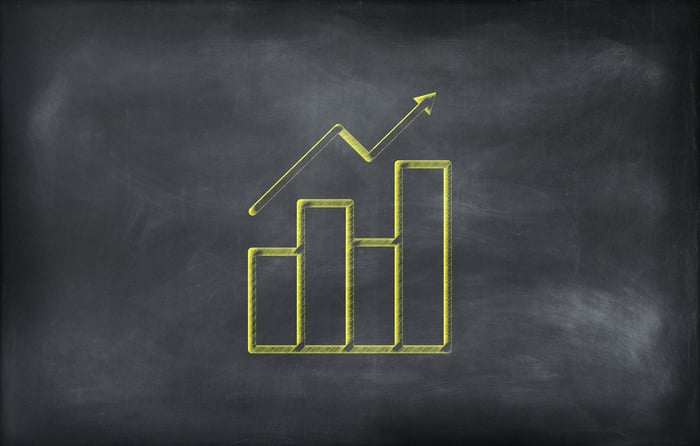 Millions of Americans have been impacted financially by the coronavirus pandemic. Thankfully, there's been relief available to homeowners in the form of mortgage forbearance.

While many homeowners rushed to apply for forbearance in April, May, and June once that option became available, in late June the application numbers declined. But now, the weekly U.S. forbearance rate has increased for the first time since June 22, reports the Mortgage Bankers Association. The percentage of mortgages in forbearance rose only slightly from 5.47% to 5.48%, but that's still an uptick nonetheless given that there are an estimated 37.1 million loans being factored into that calculation.

Why are forbearance rates up?

The short answer is that more homeowners have entered forbearance plans than have exited them. At this point, some borrowers who applied for forbearance earlier in the year have come to the end of the initial 180-day period, and have not extended for another 180 days. But according to the Mortgage Bankers Association, 76.76% of home loans in forbearance are in some sort of extension beyond their initial 180-day period, up from 76.4% one week prior.

Should you put your mortgage into forbearance?

If you can't keep up with your monthly payments, it's worth considering. During normal times, forbearance can serve as a black mark on your credit report (though it won't cause nearly the same damage as falling behind on your mortgage payments or, worse yet, getting foreclosed upon). During the pandemic, however, forbearance can't harm your credit. So if you can't keep up with your mortgage payments and you're not interested in selling your home, forbearance is a good way to preserve your credit score and remain in good standing with your lender.

Of course, the downside of forbearance is that once that arrangement comes to an end, you'll need to make good on the payments you missed. The specifics depend on the agreement you reach with your lender. If you can afford to swing partial payments while your home loan is in forbearance, make them, as it'll give you less to catch up on later.

If you're able to mostly afford your mortgage payments but find that you're just a little shy each month, you can also look at refinancing instead of pausing your loan payments. If you're able to lower your interest rate substantially with a refinance, it could shrink your mortgage payment to the point where it's affordable, and that way, you won't get stuck in catch-up mode down the line. But you'll need a strong credit score to snag a competitive refinance rate, so if you don't have one, forbearance may be a good option.

Does a rising forbearance rate bode poorly for the economy?

Maybe, but not necessarily. While a rising forbearance rate could mean that more borrowers are struggling financially, it could also mean that more are becoming aware that they can pause their mortgage payments. And given the minimal uptick in forbearance applications, there's no reason to sound a major alarm. It will, however, be interesting to see which direction that rate trends in as we head toward the end of 2020.