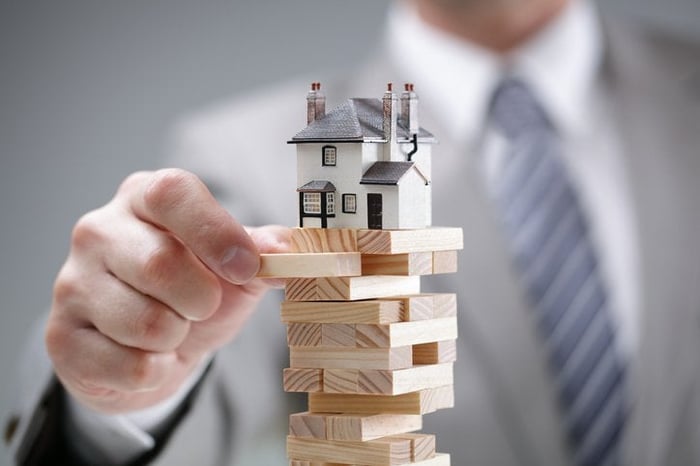 Many Americans have struggled with income loss during the pandemic, and that includes homeowners. Thankfully, lawmakers passed coronavirus relief early on that bought homeowners a substantial reprieve.

The CARES Act, which went into effect in late March, included a couple of important provisions to help homeowners. One such provision was forbearance, or the right to pause mortgage payments for up to 360 days, and the other was a federal moratorium on foreclosures for government-backed home loans. The initial moratorium has since expired and been extended by individual agencies (Fannie Mae, Freddie Mac, and HUD) through Dec. 31.

In fact, according to new research by The Ascent, foreclosures are down in 2020 in a meaningful way. In November of 2019, there were around 50,000 foreclosures, but that number was more like 10,000 as of September 2020. As encouraging as this news may be, it does beg the question: What happens once those protections expire on Dec. 31?

How will homeowners fare following the CARES Act?

Lawmakers are working on a second coronavirus relief package to follow the CARES Act, but they've yet to come to an agreement. And right now, the likelihood of having an official relief package in place by Jan. 1 is pretty slim.

After Dec. 31, homeowners protected by foreclosure moratoriums may be out of luck, though some may also have the option to work with their lenders to get their loans back on track. Also, there's a chance those moratoriums will be extended to allow struggling borrowers more time to get back on their feet. To be clear, this applies to homeowners who were delinquent on their mortgages prior to the pandemic. Those whose loans are in forbearance don't risk immediate foreclosure.

Speaking of forbearance, many homeowners will see their period of paused home loans come to an end in 2021. Under the CARES Act, borrowers are allowed to request an initial 180-day period of forbearance followed by a 180-day extension.

Mortgage lenders were not allowed to deny these requests during the pandemic. However, once the CARES Act expires, they also won't be obligated to extend forbearance beyond 360 days unless a new relief package is passed into law that dictates otherwise.

So what happens when forbearance comes to an end? At that point, those who took advantage will need to catch up on their missed mortgage payments as per the agreements they reached with their respective lenders. (There's no single method for catching up on forbearance, and each lender sets its own rules. But borrowers are generally protected from having to make an immediate lump-sum payment covering all of the individual payments they missed at once.)

In addition to making good on missed payments, borrowers will also have to stay current on their regular, ongoing monthly mortgage payments. That could prove problematic for those whose finances don't improve by the time their 360 days of forbearance come to an end.

Now, those who can't keep up with their post-forbearance payments can also reach out to their lenders and try to work something out. But in the absence of a new relief package stating otherwise, lenders won't be obligated to help out or modify mortgages to make them more affordable.

It's encouraging to see that foreclosures were down in 2020. However, the unfortunate reality is that without a second aid package comparable to the CARES Act, that number could change for the worse in 2021. Struggling borrowers shouldn't hesitate to ask their lenders for leniency and flexibility as they attempt to recover from the pandemic, but whether they'll actually get it is still to be determined.